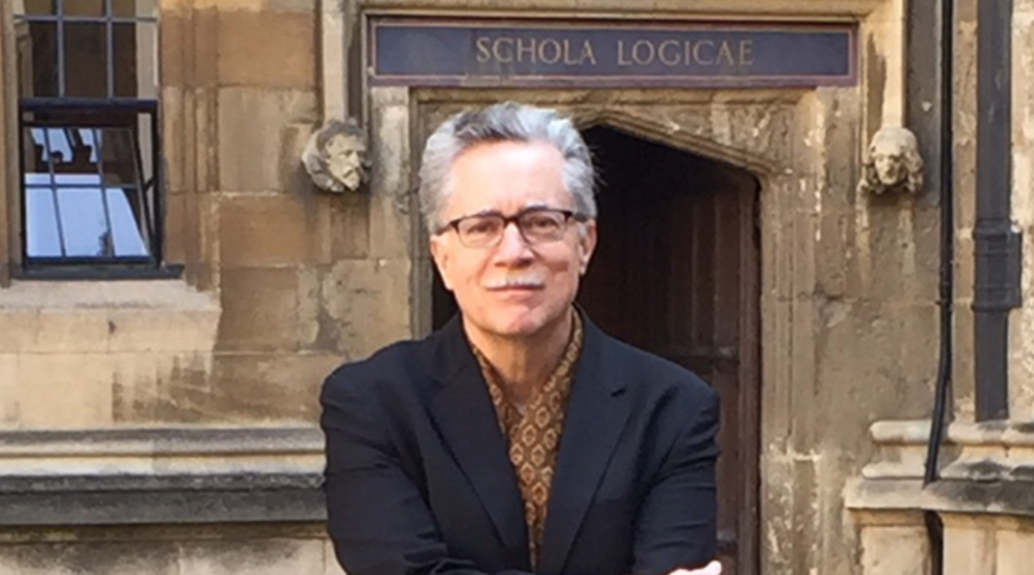 James Bednarz, professor of English, attended a three-day conference called “The Marston Effect,” at the Lincoln College of Oxford University from March 29-31, at which he gave one of two keynote addresses. His lecture, “John Marston and the Revolution at Paul’s Playhouse,” was an example of Bednarz’s interest in what he calls “historical intertextuality,” a critical approach to Shakespeare’s connection to early modern work in literature and theater.

“One of the responsibilities that university teaching involves is a dedication to extending the boundaries of knowledge through research. Participating in scholarly conferences creates knowledge that informs classroom teaching with cutting-edge theories and new information,” he said.

“The Marston Effect” included two keynote lectures, four lecture panels, a formal dinner, a performance of “The Malcontent” by Edward’s Boys, classical actors, in the Hall of Trinity College, and an extended Q&A period with Perry Mills, their artistic manager and deputy headmaster at King Edward VI School (Shakespeare’s school) in Stratford-upon-Avon.

John Marston (1576-1634) was a late Elizabethan/early Jacobean playwright whose plays and poems were known for their exotic vocabulary, self-conscious style, and satiric bite. A contemporary of William Shakespeare, Marston’s reputation has shifted between appreciation and criticism. “The beginning of Marston’s career took a jarring turn when his first collections of poetry were banned and burned by a public executioner in June of 1599,” Bednarz said. “Yet he continued to protest, covertly through his writing, against all forms of political tyranny and censorship.”

Bednarz’s lecture examined the change in Marston’s writing when he transitioned from verse satire to composing drama for a company of child actors called Paul’s Boys. “I examined how Paul’s Playhouse encouraged Marston to develop a self-consciously hybrid poetics that absorbed, blended, and opposed conventional generic categories, producing a kind of drama that continually called attention to the theoretical and material conditions of its realization,” Bednarz said. “Here, a beard would fall off the face of a character without sufficient time for make-up; child actors would flaunt their identities as singers and actors; and the playwright would repeatedly refer to himself and even position his portrait, for scrutiny, onstage.”

Bednarz spent time with other prominent scholars, including Richard Dutton and Martin Butler at the conference. “I was glad to learn that Dutton, one of the giants in the field, was updating ‘Mastering the Revels,’ his classic study of theater censorship. He was also pleased to meet Colin Burrow, Senior Research Fellow at All Soul’s College, Oxford, “one of the most brilliant scholars in the field of Renaissance literary studies today.” “Seeing Edward’s Boys perform Marston’s ‘Malcontent,’” he added, “was also extraordinary. It proved the power that this masterpiece still possesses in performance.”

Bednarz reflected on the continuing importance of Shakespeare and of his contemporaries. “The plays and poems written by Shakespeare and his contemporaries are one of the greatest achievements of world literature. They bring to life the earliest reflections on the making of the world we inhabit,” he said. “So much of our contemporary experience, our way of conceiving of ourselves, is reflected in the culture of Shakespeare, Marlowe, Jonson, Donne, and Marston. Their insight into our world remains fresh.”

This semester, Bednarz is currently teaching “Shakespeare: Tragedies and Romances” and an honors college seminar on “Hamlet.”