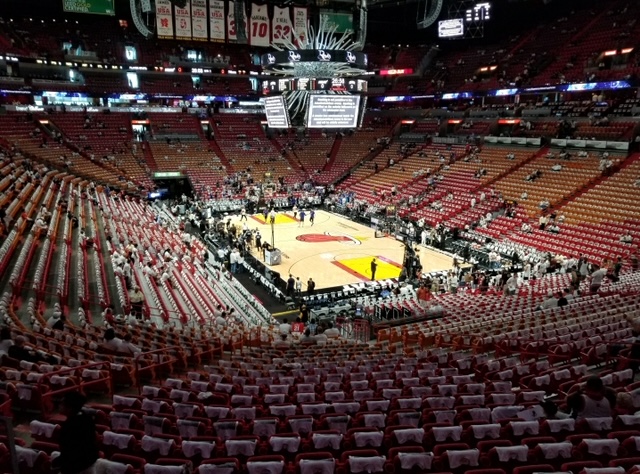 NBA fans were shaken up on Thursday, March 25, leading up to that 3 p.m. deadline. The day started with some small moves made. The Miami Heat attained Trevor Ariza, a player that fans think will make a difference for a franchise. Blake Griffin agreed to a buyout by the Pistons and then signed with the Brooklyn Nets.

The Magic decided to blow up their struggling team to nobody’s surprise. The Orlando Magic have repeatedly shown their inability to impact the NBA despite the development of now two-time all-star Nikola Vucevic, who was traded on March 25. The Magic sent over Vucevic and Al-Farouq Aminu for Otto Porter Jr, Wendell Carter Jr, and two first-round picks signify that the Magic are attempting to rebuild. Aminu, a role player who was highly sought out during his short stint as a free agent, signed with the Magic just last off-season.

The Bulls caused a scene on Deadline Day, adding another all-star alongside Zack Lavine, with Aminu complimenting their very young but talented core and talented coach Billy Donovan serving as their commander.

The New York Knicks made minimal moves, only helping facilitate a trade amongst 76ers and OKC acquiring Terrance Ferguson and Vincent Poirier.

Freshman Marco Ristic was unhappy with the trade.

“Well, what I can say about the Terrance Ferguson move is that the Knicks got a guy that has room for improvement,” he said.

The Knicks recently reported that they intended to waive Ferguson and Poirier, and Ristic was not happy with the move.

“You could say I’m a little disappointed that the Knicks are waiving him, mainly because the Knicks would’ve helped him develop into a great player,” he said.

The Miami Heat acquired Nemanja Belica and two time all-star Victor Oladipo for what most would consider a very lopsided deal on Miami’s side. Moe Harkless, who barely gave the Heat a good minute, Avery Bradley, who was injured for most of his time in South Beach, and the very inconsistent Kelly Olynyk for what the Heat ended up with is ridiculous and shocking when most Heat fans were expecting to lose most of their talented young core, specifically Tyler Herro and Duncan Robinson. Miami is still very weak at the frontcourt, with Bam Adebayo as their only threat there with little to no help. Miami so far has missed plenty of chances to acquire a supplemental big man for Bam in Lamarcus Aldridge, Andre Drummond and Gorgui Dieng. There are hopes of signing Demarcus Cousins, but with more teams coming into the mix, hopes are low at the moment.

The Brooklyn Nets have NBA fans shook. The Nets, who acquired James Harden in a three-team deal with the Houston Rockets and Indiana Pacers, recently signed Blake Griffin in early March after being bought out by the Pistons. They have since made more moves, acquiring Lamarcus Aldridge.

This has led to increased controversy amongst NBA fans, including Shane Douglas, a freshman psychology major, who was shocked at the Lamarcus Aldridge signing news.

“The Nets really shook up the league on deadline day and have a good chance at winning in the finals.”

Many fans on the internet have compared the Adam Silver administration to the David Stern administration, who sadly passed last year. While Stern prevented a Chris Paul trade to the Lakers with an aging Kobe Bryant, Silver has let two dynasties form, both with Kevin Durant. The Golden State Warriors team that included Steph Curry, arguably the best three-point shooter of all time, and Klay Thompson, who also belongs amongst the three-point greats, and the Brooklyn Nets, who many suggest will become the same with 40 all-star appearances shared between James Harden, Kevin Durant, Kyrie Irving, Lamarcus Aldridge, and Blake Griffin.

NBA fans are in for a wild ride with many scared and many happy for what is to come.

Published in Basketball, Opinions and Sports