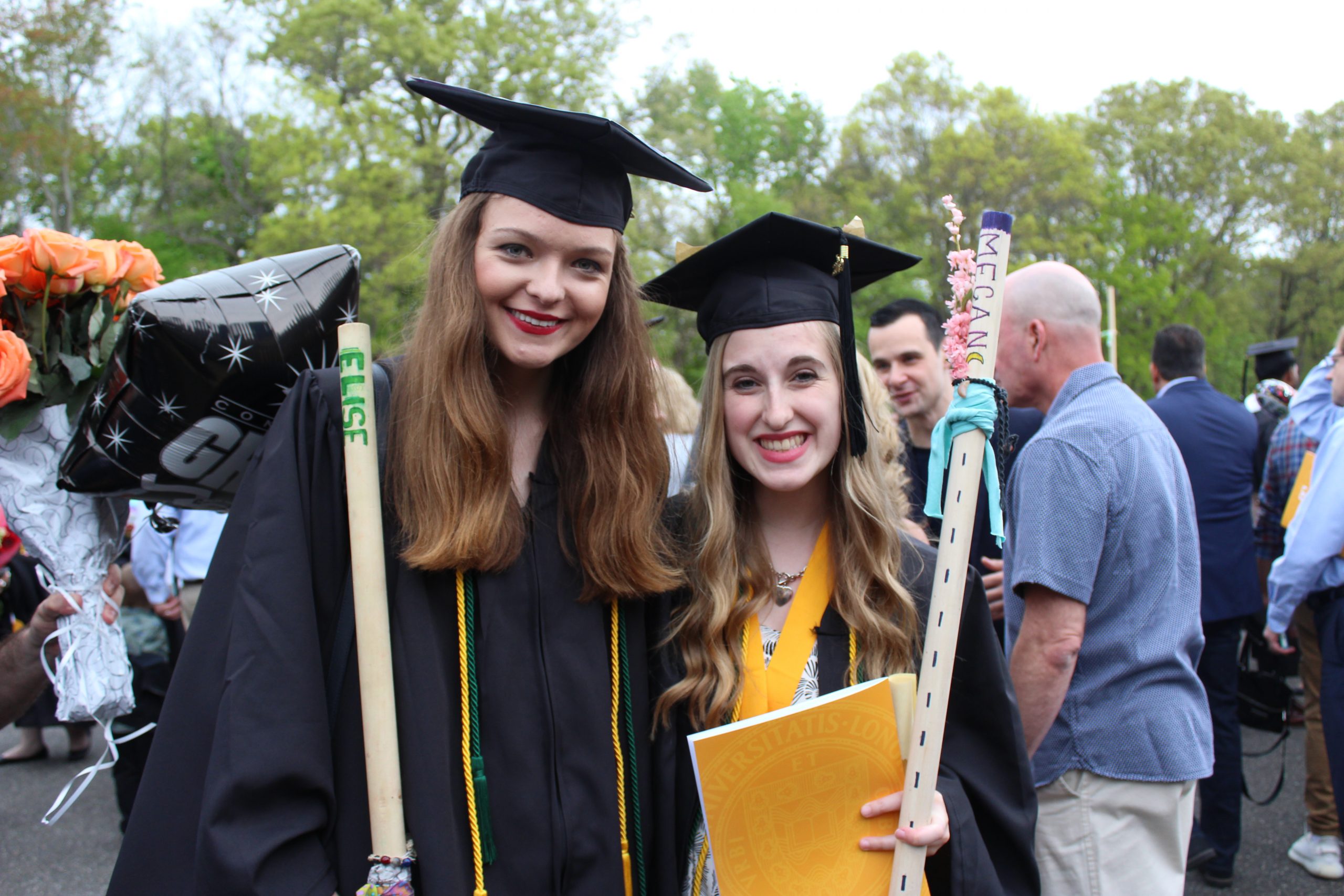 Final Farewell to the Last Class of Green & Gold

Students in the class of 2019 from LIU Post, Brentwood and Riverhead celebrated their graduation at the university’s 61st commencement ceremony at 10 a.m. on Friday, May 10. The undergraduate ceremony was moved from the Bethpage Federal Credit Union stadium to the Pratt Recreation Center gymnasium due to warnings of inclement weather.

The ceremony began with the academic procession lead by Grand Marshal Cara Gargano, the chair of the theater, dance, and arts management department. The invocation was delivered by Rabbi Yaakov Gruenstein, followed by a performance of the national anthem by 2019 graduate Rebecca Engel.

The commencement keynote address was delivered by New York Senator Chuck Schumer. The congressman shared fond anecdotes of his challenges at Harvard, and how his path in life started with the freshman basketball team, but lead him to pursue politics with the simple words, “Okay, I’ll do it.” Schumer encouraged the class of 2019 to take every opportunity that comes their way, as they may never know where it can lead.

The class of 2019 was Post’s last class to graduate as green & gold Pioneers, as the Brooklyn and Post campuses will unite in fall 2019 as One LIU under division one sports, changing the university’s colors on both campuses to a unified blue & gold with a new mascot of either a shark, falcon, or an eagle.

Shanice Arthur, who graduated with a bachelors in psychology, said the change is odd. “It feels weird knowing [that] when I come back to visit that everything would have changed. No more green and gold, no more pioneers. It’ll just feel really weird.” Arthur says she will miss her friends and teammates on the tennis team the most. She looks forward to pursuing a masters in forensic psychology, possibly at John Jay College.

Turning the tassel from right to left was more than just a symbol of transitioning from candidate to graduate; as the class of 2019 join a network of LIU alumni, they leave behind the final legacy of the green & gold that has been a part of Post’s identity for 61 years.