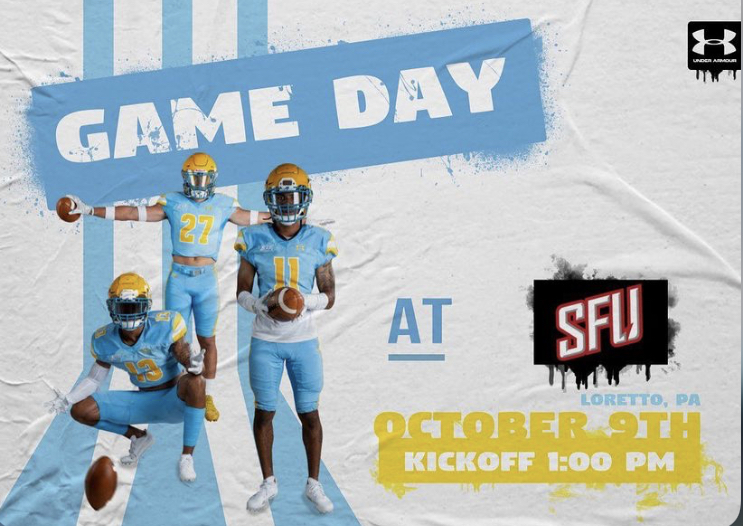 The Sharks started their 2021 football season on the road against three elite opponents, as they faced the Florida International University Panthers, the West Virginia Mountaineers, and the Miami Redhawks. In each of these games, the Sharks were outmatched. All these matchups happened on the road against powerful teams in conferences of the FBS, while the Sharks compete in the Northeast Conference(NEC) of the FCS, so the Sharks knew these games would be an uphill battle. Luckily for the Sharks, they got two bye weeks before facing their first NEC opponent, the St. Francis Red Flash.

Weighing in on the last few games, Junior cornerback Tariq Snead believed that they played better than many fans might believe.

“When you actually watch the film, we played a lot better than the scoreboard showed,” he said. “The film actually showed a lot of promising things.”

The star defensive back also stated that the last three games will help them when they start conference play later this season.

Snead also expressed his optimism regarding the changes the Sharks plan to make heading into their NEC schedule.

“After the last few games, we were able to change up our defense in terms of personnel and schemes,” he said. “I think that if we focus on the stuff that has worked for us so far this season, we have a great chance of beating St. Francis and going on to compete for the championship.”

Snead and the Sharks are confident that they will bounce back after their start to the season. The 0-3 LIU Sharks made their return to the NEC when they faced off against the 1-3 St. Francis Red Flash on Saturday, Oct. 9 at DeGol field in Loretto, Pennsylvania.

In an Interview with WCWP campus radio, Head Coach Jonathan Gill confirmed he and his team were looking to make the right adjustments heading into kickoff.

“We reflected on all the same types of things we started the year with. Hustle all the time, and playing with great energy. We want to be very physical when we have the opportunity to do our job,” he said. “That’s what we set forward back in august and we continue to make progress on a daily basis.”

With all the non conference action over, Gill continues to push the same way every game and not take any opponent differently.

“Every week is an opportunity to test yourself and see where you are as a football team, anything in life you’re gonna have good streaks and bad streaks. We obviously had a streak that wasn’t too successful, we were overmatcheiped and that’s gonna happen in football sometimes,” he said. “I think there’s some positives that came out of it and I look forward to the boys using some of the things that were positive and building off those things and the things that weren’t positive gave us a lot of things to work on.”

LIU is the last team to play an NEC game, as they started their season with three FBS opponents followed by two weeks off. According to Gill, scouting your opponents must stay consistent even under these circumstances.

“I don’t think it plays to an advantage or disadvantage. At the end of the day people are scouting film like we are, and all our opponents played at least one non conference game,” he said. “Every time you put on the film it’s your resume, and a chance to scout your opponents, make your coaching adjustments and decide your game plan from there.”

After all the time off, Gill states his team is ready to start attacking and make a push in the NEC.

“I think the boys are anxious to get playing again. It seems like it’s been longer than two weeks, but regardless of who the opponent is we want to give it our all and come off the field with a victory,” he said. “Every football game is like a tug of war with two sides and whichever side executes their game plan will come off with the victory.”

The game did not go as planned for the Sharks. While they got off to a great start, it would be a rough game against the Red Flash.

On the Sharks second drive, they were able to go down field to the Saint Francis 6 yard line, where Paul Inzerillo would convert a 23 yard field goal, giving the Sharks a 3-0 lead. This was the Sharks first lead of the season, and just about all they would get as the game took a turn from there.

On the next drive, Saint Francis’ wide receiver Josh McGrigg scored a 49 yard receiving touchdown, which opened up the scoring for Saint Francis and gave them the lead 7-3 with 3:39 remaining in the first quarter.

Saint Francis would go on to score 48 unanswered points, until the Sharks scored a touchdown on a Paul Shemar 6 yard run with 7:48 remaining in the 4th quarter. Two plays into the Red Flash’s next drive, Tobee Stokes would score on a long 74 yard run, making the score 55-10 with 6:46 remaining.

McGrigg would also have two more touchdowns on special teams, including a 59 yard punt return, and a 94 yard kick return, an exceptional day all around for the Red Flash graduate student.

LIU looks forward to next week’s game against the Merrimack College Warriors on Saturday, Oct.16. Merrimack and LIU have been rivals for a long time going back to when LIU was the Pioneers. They competed together in Division II in the NE-10 conference, and moved up together in 2019 to the NEC. Since their Division I start, Merrimack and LIU are 1-1. The Warriors won their first matchup in 2019 24-10, and the Sharks took the edge in the shortened season this Spring, winning 31-20. Merrimack is 3-3 on the season, and 0-2 in conference games this season. This will be LIU’s homecoming game, and their first home game of the season. They look to turn around their 0-4 start, and get their first win against a familiar opponent. This is the first game since 2019 that LIU will have fans and students in attendance to watch.