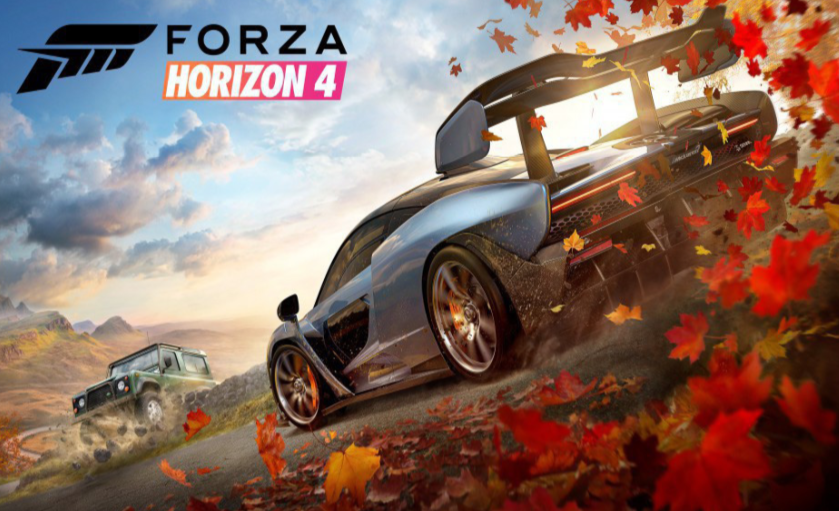 The Horizon Festival is back and more dynamic than ever for the fourth time. Forza is an open-world car racing game series developed by Playground games. Gameplay takes place in a fictional version of the United Kingdom.

The Forza series started in 2005 with, “Forza Motorsport,” which gave gamers what could be the most realistic driving experience a video game could offer without having the player having to move from their couch to their car.

The Horizon titles started in 2012 and were designed to be appealing to younger gamers via the Horizon Festival. It resembles a mix between a music festival and the Monaco Grand Prix.

“Forza Horizon 4” is different from the previous installments, and the biggest change is the weather. Every few days the seasons will change from autumn, winter, spring and summer, which completely changes the gameplay. For example, in the summer, the road has more traction, allowing the player to drive the McLaren Senna, a rear-wheel drive supercar that can be difficult to handle when turning at high speeds.

With the Forza games, car tuning is close to realistic, but this year, game creators added in something that fans have wanted for years, drift tuning. Previously, players would use an older model car and turn it so the rear end of the car oversteers, causing a satisfying alternative to turning on a road. “Forza Horizon 4” includes drift tuning components such as drift suspension and wider tire axles.

Unfortunately for the new installment, a story not present. It is not really clear what the player’s objective is. Players can access specific types of races such as rally, street, drag and more to get to a showcase event, but that’s basically it.

Another issue is the new character customization; if the player gains a certain amount of points, they unlock a prize wheel spin. Prizes are great, but in the game, odds tend to end up winning a useless hat for the character to wear instead of a more desirable Ferrari 512 Testa Rossa. The worst part about this game is that players cannot control what season they’d like to play in; currently, the game is in winter and is transitioning over to spring, which means that the roads will be wet and less appealing to look at.

“Forza Horzion 4” is a good game, it’s relaxing to drive around in and enjoy the scenery of the United Kingdom, but there’s not as much thrill in this game as compared to the last three games.