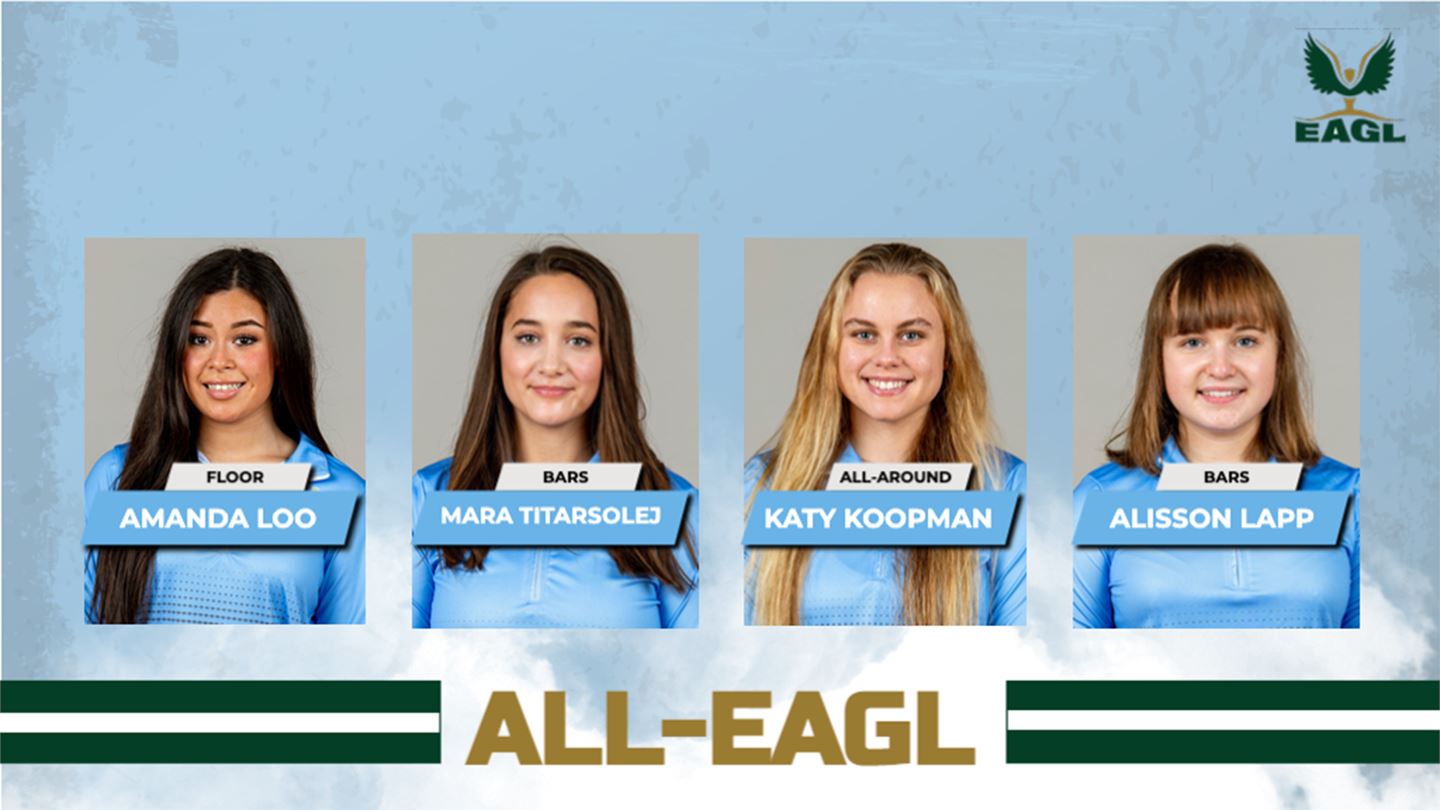 Women’s Gymnastics’ inaugural season may have wrapped up, but several gymnasts earned honors for their success at the conference championship meet on March 20. A total of four gymnasts on the Women’s Gymnastics team earned All-EAGL recognition. Gymnasts Mara Titarsolei, Amanda Loo, and Katy Koopman earned First-Team All-EAGL recognition, while Allison Lapp received Second-Team honors. Titarsolej earned a 9.825 on bars, while Lapp posted a 9.800 for her bar performance, while Loo posted a 9.850 on floor, and Koopman earned a 38.575 in the all-around routine.

The honors meant a lot to sophomore Amanda Loo, as the awards allowed the four to make history in the LIU Women’s Gymnastics program.

“Earning an All-EAGL recognition means a lot to me considering my four teammates, and I get to be the first LIU gymnasts to ever receive a conference recognition. Earning it on floor is special to me and was a personal goal because floor is my favorite event,” Loo said.

Head Coach Randy Lane was pleased that his team could accomplish this honor in its inaugural season.

“I am immensely proud of this team and these four women in particular for setting the standard for LIU gymnastics.  It means a great deal to be recognized by the EAGL conference for the hard work by these women and this team,” he said.  “This was not a normal year, and to achieve success within our conference in the inaugural year sets us up for great success in the future with this talented group of student-athletes.”

Despite the inaugural season wrapping up, gymnast Mara Titarsolei has already set goals for next season.

“My goals for next season are coming back strong and ready to contribute to what this team can do. We showed this year that we can push through anything, and next year I want us to show what we are capable of,” she said. “Personally, I would like to add some harder skills here and there. I am really excited for next year.”