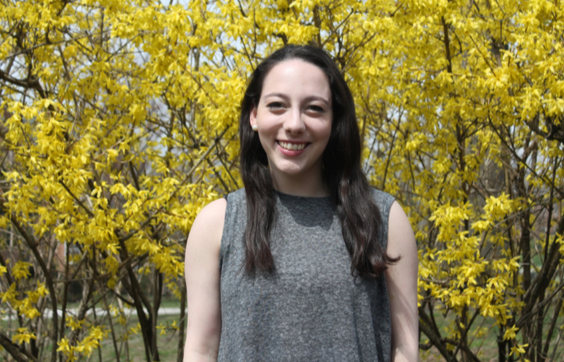 Danielle Burman, a freshman a musical theater major from Rockville, Maryland, is busy rehearsing for the First Year Showcase, “Ovations and Odysseys,” which will be held from April 11-14 in the Little Theater. The First Year Showcase is a series of 10-minute plays with the inclusion of opening and closing movement pieces with the entire ensemble. “All of us have really bonded throughout the process of developing the show,” Burman said.

Burman is anxious about the opportunity. “For the First Year Showcase, I was a little nervous to audition because it was the first audition I was doing for the faculty since starting school here, but small nerves are really helpful because you can use them to fuel you into the work; I was mostly excited,” Burman said.

After final exams, Burman will also be heading to Plymouth, Massachusetts to start rehearsals for “Heathers: The Musical” at the Priscilla Beach Theatre, a summer job she is going to do in the small regional theater.

“Heathers: The Musical” is based on the film of the same name. “For Heathers, I also auditioned to be in the production; this was actually an audition via video consisting of dance combination, song, and monologue,” Burman said. Burman was offered a role in the ensemble and as an understudy for two supporting roles. She starts rehearsals on May 9.

When she isn’t on campus, Burman enjoys going to the city. “I like going into New York City and take dance classes at Broadway Dance Center or just exploring the city with friends,” she said.

Burman is pursuing what she is passionate about. “Getting to train in what I love to do every day is the most fulfilling thing; this is only my first year and I have grown so much in all aspects of the performing arts,” Burman said. Some of Burman’s favorite classes are Acting, Beginning Suzuki Technique, and Ballet.

“My favorite part about attending LIU Post is the community within the theater and dance department; it’s a family that pushes each other to grow and supports one another along the way. I’ve never been happier in my life,” Burman said.

Burman’s advice to students is to “find the joy in what you’re doing; pursuing my passion for theater and dance is where I find that and it fuels me every day.”