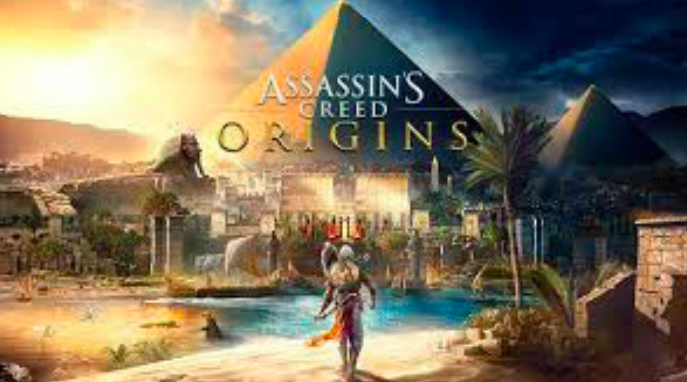 One of the most popular games among digital game design students is “Assassins Creed: Origins,” an open world game that was released on October 27, 2017. The game revolves around a man named Bayek, a Maji from Siwa, and takes place in ancient Egypt during the time of Cleopatra, last of the pharaohs. The game itself is phenomenal, but it’s the culture that makes the game stand out from others.

“Assassins Creed: Origins” takes inspiration not only from the physical culture of Egypt, including the pyramids and but the beliefs of the people of the time. Through-out the game there the Egyptian gods, their underworld, and what they consider heaven you go through the game, you meet the people of Egypt, who ask for your help. These quest givers often talk about Sobek, Anubis, Apep, and many other gods. There are also references to the Duat, the Egyptian underworld. When the player completes an assassination, a cutscene begins where Bayek will speak with the dying target and tell them “The Lord of The Duat Awaits.” In Egyptian culture, the god he is talking about is named Osiris, who is the son of Apep, and in the he is known as The Hidden One.

Heaven is also referenced in the game. This paradise in the afterlife, known as “The Field of Reeds,” is where the people of Egypt wanted to live after they died. The Field of Reeds also known as A’aru, a mirror image of one’s life on earth and it is here that the Egyptians believed they would reunite with their loved ones

game is an amazing experience, not just because of the gameplay and story, but because players see how these people lived, who and how they worshipped, and take a step into a time long forgotten.