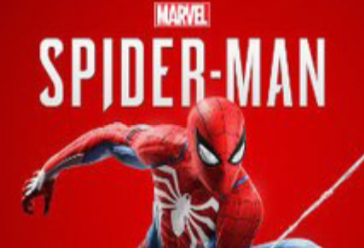 Following the success of numerous films by the Marvel Cinematic Universe over the years, Insomniac Games has created a new PlayStation-exclusive game entitled “Marvel’s Spider-Man.”

The game is a third-person role-playing game where you explore a more gritty and dangerous version of New York City while trying to defeat a gang called “The Demons.” The story of “Marvel’s Spider-Man” is not based on the current Spider-Man portrayed by Tom Holland. Instead you play as what looks like a mix between Andrew Garfield and Holland – but that’s subjective.

In most super-hero games like “Deadpool,” you don’t get to play as the hero’s alter ego. However, in “Marvel’s Spider-Man,” there are parts where you play as Peter Parker and another version of Spider-Man later on.

Visually, the game looks beautiful. Insomniac Games made sure that you were able to swing from the Financial District in Manhattan to Harlem and everywhere in between. One of the things the game allows you to do is explore New York City. This is encouraged by rewarding experience points whenever you take photos of New York City’s famous landmarks, such as the Empire State Building.

In the movie, “Captain America: Civil War,” Spider-Man is given a suit that shows more of an elastic, woven texture and in “Marvel’s Spider-Man,” Insomniac Games made sure that this was present in the game.

The mechanics of the game are very similar to the “Batman: Arkham” series developed by Rocksteady Studios. Like the Batman games, Spider-Man is equipped with many gadgets and the combat is seam- less; punching one enemy flows perfectly into landing a backflip kick onto another.

After playing the game for hours, some of the missions can become a bit redundant. A common theme in the missions is stealth, so you’ll find yourself swinging from lamp posts and avoiding flashlights more times than not, but the cutscenes afterward usually make up for it.

The cutscenes surprise you every now and then; there are quite a few you wouldn’t expect to be there, like Parker’s date with Mary Jane Watson. The subject during the scene has little relation to the game’s main story, but Insomniac Games added the scene in there for fun.

While the storyline in “Marvel’s Spider-Man” gets tangled up at times due to redundancy, the overall graphics and visuals will make you want to swing all around New York City after a long day.

“Marvel’s Spider-Man” can be purchased on the PlayStation store digitally or at any game retailer.