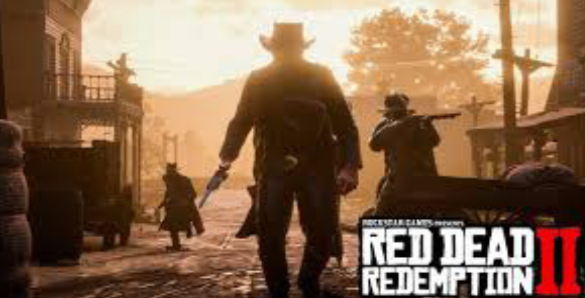 It’s been almost eight years since a “Red Dead Redemption” (also known as “Red Dead”) game has been released. Besides Rockstar Games working on other games like “Grand Theft Auto,” in that long span of time, they must’ve been working on something good and they did, on Oct. 26 they released“Red Dead Redemption II.” The story of the game is long; so it’s not worth talking about because what makes the game so great is the immersion. The game looks beautiful, like nothing ever seen before since “The Witcher 3: The Wild Hunt” from rival company CD Projekt Red. “Red Dead” blows this out of the water in terms of immersion. Jordan Tyner, a senior film major, mentions the impact of the immersion,“It seemed overwhelming at first [the immersion] but I got used to it,” he said.

The game takes place in a fictional version of the United States, similar to some of Clint Eastwood’s western films or “Butch Cassidy and the Sundance Kid,” starring Paul Newman, so it’s very wild, wild west.

Rockstar Games doesn’t push the envelope by shoving tumble- weeds down your throat in this game to let you know that this is a western. Instead, they showcase the setting with the characters’ diction, the lever-action rifles, and of course the horses. It’s pretty funny, if you steal somebody’s horse and a lawman sees it, there’s a prompt on the screen that says, “vehicle theft.”

While immersion is great, there are some times in the game where the actions just aren’t necessary. Getting from point A to point B can take a very long time in video game terms. For example, if you want to travel from Saint Denis to Valentine, that trip is going to take your around 10 minutes, depending on how many times bounty hunters come after you. The only real way to get from point A to point B in the game is if you ride a stagecoach, but you cannot have a bounty on your head and most people do.

Another issue is when you’re raiding an empty house for supplies, you cannot search an entire wardrobe quickly; you have to wait for your character, Arthur Morgan, to take his time to open each drawer one by one, which gets really annoying.

Tyner shared his overall view of the game so far. “As someone that hasn’t played “Revolver” or the first “Red Dead Redemption”, this game is excellent. It may be Rockstar’s best, but I may be speaking too soon. I haven’t finished the story yet,” Tyner said.

Overall, the game “Red Dead Redemption 2” is an absolute masterpiece, sure there are moments in the game where the realism is not necessary, but that still does not change the fact that the game is probably one of the best video games ever created.