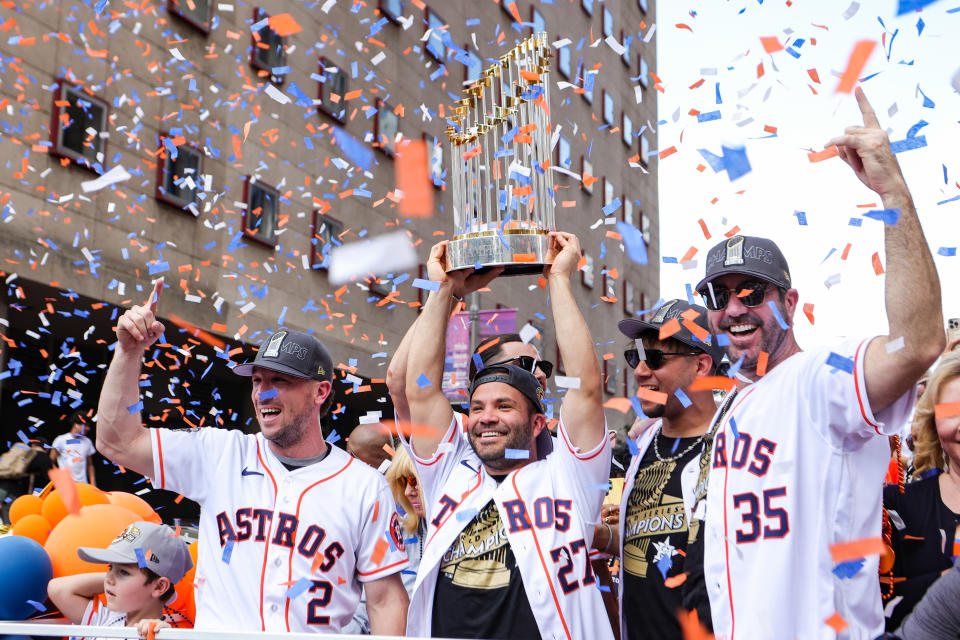 In Game 6 of the Fall Classic on Nov. 5, the Houston Astros beat the Philadelphia Phillies 4-1 to win the World Series. This is the second championship for the Astros in team history, the other occurring in 2017.

Game 1 of the World Series took place on Oct. 28. The Phillies were the sixth seed in the National League and earned a trip to the World Series following playoff victories against the Cardinals, Braves and Padres. On the other hand, the Astros were the top seed in the American League, cruising throughout the postseason, sweeping both the Mariners and Yankees.

Despite all this, the first game was a battle. The game could not be decided in nine innings and went into extra innings. With the score tied in the top of the 10th, JT Realmuto homered, and the Phillies defeated the Astros 6-5.

Game 3 was supposed to be played on Oct. 31 but was canceled due to rain and played on Nov. 1. Because of this, the Phillies changed the pitcher who was scheduled to start Game 3, and handed the ball to Ranger Suarez, who pitched five scoreless innings. The result was a 7-0 win for the Phillies.

In Game 4, history was made. The Astros starter that day was Cristian Javier, who pitched six innings and held the Phillies lineup hitless. All three relief pitchers who came out after him also held the Phillies to no hits, completing the combined no-hitter, making it only the second no-hitter in World Series history. The Astros won the game 5-0.

In Game 5, after the no-hitter, both sides scored runs in the first inning. The Astros scored a run in the first inning, with Jose Altuve leading off the game with a double, followed by an RBI single by Jeremy Pena. The Phillies quickly tied the game when Kyle Schwarber, the leadoff batter, hit a home run. Pena had a leadoff homer of his own in the 4th, giving the Astros the lead back at 2-1. The game then proceeded to a low-scoring affair, and in the end, the Astros took the game by a single run, 3-2.

Game 6 would finally settle the series. The Astros were down 1-0 in the 6th but scored four runs in a row, including a home run by Yordan Álvarez. Then, they went on to win the game, and the Astros became world champions for the second time in five years. Astros shortstop Jeremy Peña was named World Series MVP.

“The Astros cheated in the past. They were able to prove to the world what they were capable of by winning this World Series without cheating this time. I want them to be proud of this victory,” he said.

Junior Middle Tennessee State University communication major Kota Sato believes the Phillies put up a good fight despite the odds against them.

“I wanted the Phillies to win this World Series because they have not been the World Champions for a long time. However, they entertained us so much, so I want to thank both teams,” he said.