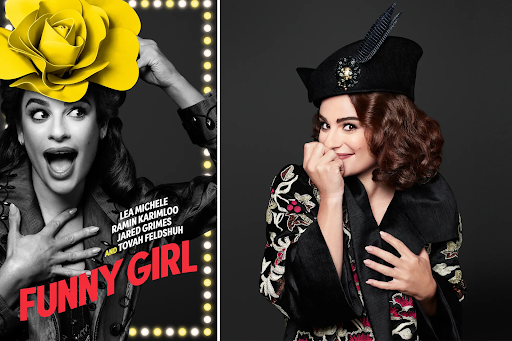 The Broadway production of “Funny Girl” first opened its doors at the Winter Garden Theater on March 26, 1964. The musical, starring Barbra Steisand as Fanny Brice, played 1,348 shows until it closed on July 1, 1967.

Years later, a revival of the show starring Beanie Feldstein opened on Broadway on April 24, 2022. Many fans were excited for Feldstein, but Lea Michele’s name quickly became trending on Twitter due to fans expecting the Glee star to be the frontrunner of the show.

Once Feldstein was casted, Michele supported her by writing in the comments saying, “Yes! YOU are the greatest star! This is going to be epic!!”

During an interview with Feldstein and Andy Cohen on SiriusXM, they briefly spoke about Michele’s name trending when she announced her role as Fanny Brice.

“She very sweetly wrote on my Instagram. I don’t know the woman whatsoever,” she said.

Feldstein performed for a month and a half until she tested positive for Covid in June and was unable to perform. A few days later,  she announced she would be leaving the production and her final performance would be September 25.

Nearly a month after her announcement, on July 10, Feldstein announced she would be leaving the production much earlier.

“Playing Fanny Brice on Broadway has been a lifelong dream of mine and doing so for the last few months has been a great joy and true honor,” Feldstein wrote. “Once the production decided to take the show in a different direction, I made the extremely difficult decision to step away sooner than anticipated,” Feldstein posted on Instagram.

Fans of Feldstein were a little disappointed that she didn’t perform a lot of shows.

“I was really looking forward to seeing Beanie on broadway. It felt like she was just getting started until she decided no more. I wish we were able to see more of her,” sophomore musical theatre major Victoria Koechert said.

Jane Lynch, who played Fanny Brices’ mother, annouced she would be leaving the show as well on August 14. Many fans speculated it was because Michele would be taking over and thought the two would not get along after their show Glee. Many co-stars shared that Michele was intolerable to work with, but Lynch shut down those rumors.

“You know, it was just a really strong idea to have Feldshuh and Michele premiere together. That’s the only reason we won’t appear together. I adore her. She’s just going to take this show and make it her own. I’m so glad she’s getting the opportunity in real life to do the show and not just on Glee,” Lynch said.

Only July 11, Funny Girl confirmed that Lea Michele would be stepping into the role of Fanny Brice with her first performance set for Sept. 6.

“A dream come true is an understatement. I’m so incredibly honored to join this amazing cast and production and return to the stage playing Fanny Brice on Broadway,” Michele wrote on Instagram.

Fans of the show and Michele shared in this excitement.

“Finding out Lea Michele was going to be the new Fanny Brice was like a fever dream. I’ve watched Glee growing up so the fact that the show was coming true was insane. Once tickets went on sale, I immediately bought them,” sophomore musical theatre major Grace McNally.

Since Michele’s announcement, ticket prices have rocketed. Tickets for her opening night were selling in the range of $750 to $2,500.

“As soon as tickets went on sale, I bought them to see Lea Michele the day after her opening night. I was absolutely mesmerized by her acting and her singing, of course. I hope I’m able to see her perform again soon,”  sophomore Polly Moore said.

The aisles were packed with audience members raving about Michele’s vocals, acting and the way she carried herself in the performance.