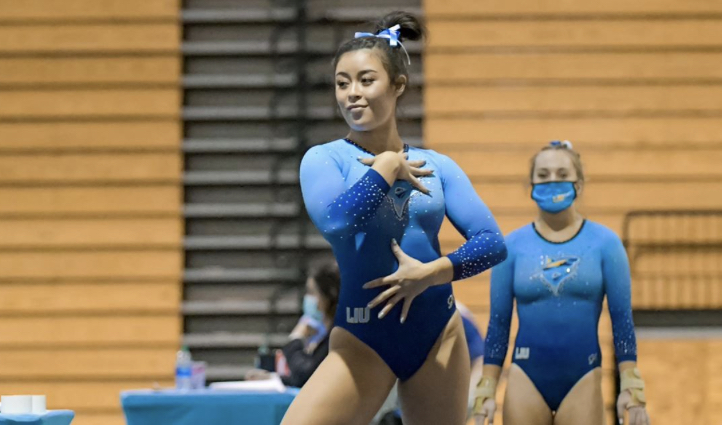 LIU had several standout athletes who were able to post solid scores for the team.  Freshman Alisson Lapp was able to post a 9.700 on her uneven bar routine, while freshman  Lauren Miller posted a 9.375 on vault. Lapp led the team on the balance beam by posting a  9.800 routine, while sophomore Amanda Loo led the sharks on the floor by posting a 9.725. In the all-around, sophomore Katy Koopman posted a score of 38.175.

“I would say the  inaugural gymnastics competition went really well. The team’s energy was super high, and we had a lot of fun. Given the limited time to prepare and practice due to the pandemic, we put up our best gymnastics.”

Women’s Gymnastics will continue to compete before the EAGL Championship on Saturday, March 20, in Towson, Maryland.