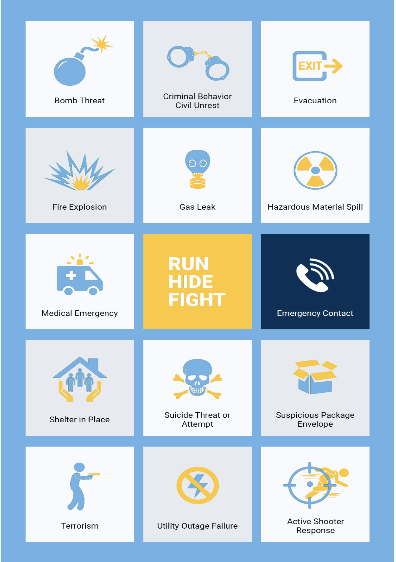 LIU students received an email from the university on Tuesday, Oct. 8, asking them to download a new mobile app called LIUSafe. LIU’s Department of Public Safety launched the smartphone program in an effort to strengthen security measures throughout the campus community.

Students, staff and parents can download the app for free and have real-time, critical information right at their fingertips in times of danger or crisis. Upon opening the app, users can choose from either Post or Brooklyn to access specific safety guidelines and resources created specifically for each campus.

The app is available to download on both iOs and Android smartphones, making the information easily accessible on any device.

Most people use their smartphones to get the news and search the internet, and LIU recognized this trend, according to Michael Fevola, the university’s director of public safety.

“The goal is to help educate as many of our students, staff and faculty as possible and the app adds another layer to that,” he said.

For students and staff alike, the app intends to create a feeling of security no matter time or location on either campus. Trisha, freshman forensics science major Norwood, said she thinks the app is cool.

“I haven’t heard about schools making apps like that before,” she said. “My parents loved the idea when they heard about it, since safety is a key thing when you live on campus.”

LIUSafe comes with a variety of safety features on emergency situations such as a bomb threat, fire explosion or gas leak, to name a few. But the primary safety concern among many college students and staff, which the app acknowledges extensively, is the possibility of an active shooter on campus.

“It’s really nerve wracking because it can happen at any second,” Norwood said.

A school shooting occurred in Norwood’s neighboring county when she was in high school.

“It’s terrifying to know chances of it are still increasing and nothing is being done about it. It’s always in the back of my mind,” she said.

The most important safety concern LIU can acknowledge is active shootings, according to Isabella Federico, a freshman early education major.

“When students come out of high school, they only know what to do in a high school situation if a shooting occurred,” she said. “Living and being on campus is totally different.”

The app provides detailed guidelines for escape routes, hiding spots when evacuation isn’t possible, and best practices for coping with an active shooter situation. It also includes a list of actions to take against the shooter as a last resort.

“Over the past few years, dozens of school shootings have occurred all over America and it’s the unfortunate facts that you’ll never know where the next one will be,” he said.

An extra sense of security, which the app is designed to offer, is what many students have been requesting since campus violence is on the rise.

“It scares me. Especially since I don’t see many security guards in the buildings that could be high targeted areas like the bigger buildings like Humanities,” said Aislin Peet, a sophomore who majors in musical theatre production and design.

The app addresses almost every emergency a student or staff member may run into. In case of a bomb threat, whether it be by telephone, electronic mail, handwritten or verbal, the app offers step-by-step directions on how to handle each of them. If a student is a victim of or witness to criminal behavior or civil unrest, the app is a click away for instructions on how to keep safe until public safety arrives.

A subject matter the app fails to address is sexual harassment and violence. Norwood was disappointed to discover that such a timely, crucial issue wasn’t included.

“It happens to a high percentage of women on college campuses and is one of the key problems I worry about over my safety on campus,” she said.

Domagala suggested introducing updates to the app, so the school can appropriately advise students and provide tips regarding sexual harassment and violence.

Sexual assault disproportionately affects college women and impedes their ability to participate fully in campus life, according to the American Association of University Women, the nation’s leading voice promoting equity and education for women and girls since 1881.

“Many people don’t speak about sexual harassment and violence, and a major part of it is because they don’t know how to,” Federico said. “The issue should be discussed so students can feel comfortable speaking up about it. Including information on the topic would encourage students to speak out, learn how to be safe in situations, and also make students comfortable in trusting the school.”

All information contained in the app, including recommended protocols and procedures, comes from the United States Department of Homeland Security, according to Fevola.

LIU describes the app as “easy to use” and encourages everyone on campus to download LIUSafe today. “The app, just like our website, can’t help unless people take the time to review and absorb the information,” Fevola said, “Because we never know what type of emergency – severe storm, blackout, fire, etc. – we may face. It’s recommended to review as many as possible.”