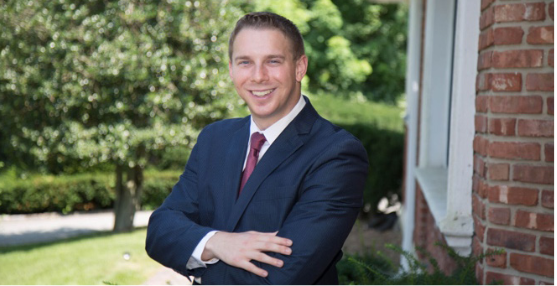 Nassau County legislator Joshua Lafazan, who was the youngest official elected in Nassau County at age 23, will be teaching an undergraduate course in fall 2019 called ENT 60: Running for Office in the 21st Century. It is dedicated to the skills needed to overcome the challenges of running for office as a young candidate. Lafazan is currently 25.

ENT 60 is a seminar course, which is occasionally offered in the college of management, focusing on special topics in entrepreneurship and allowing students to take advantage of adjunct and visiting faculty who have specialized knowledge in a particular field. The specific title and subject matter change each time the course is offered. Students may take the class as a free elective regardless of their chosen major, according to Dr. Robert Valli, professor of technology management and dean of the college of management.

Lafazan’s course will offer the next generation of politicians insight to how he accomplished defeating seasoned opponents.

He wants students to understand the similarities between campaigning and entrepreneurship so they can leave the course with the ability to manage and guide their own campaign team. The course is meant to enhance students’ public speaking skills, offer tips on raising funds to run a powerful organization, and instruct them on how to harness technology to make their voices heard

Throughout the course, Lafazan will address issues facing millennials including climate change, student loan debt affordable housing. “There are major threats facing young people, where it’s time that we’re going to have to step up and demand that our priorities are met. The surest way to do that is to elect representatives from our own generation,” he said.

Prior to graduating from the Harvard School of Education with a master’s degree in education policy and management, Lafazan studied at Nassau Community College and Cornell University ILR School, where he received his bachelor’s degree. None of the schools he attended offered a class that specifically taught young people how to run for office. His generation and younger are the largest in number, most educated and diverse in the history of the United States, but they’re the most underrepresented demographic in the legislative assembly, according to Lafazan. He’s excited to teach the course that wasn’t offered to him during his college years, and he thanks Steve Israel, member of Congress and former director of the LIU Global Institute, for helping him connect with LIU to make it happen

The local legislator’s political career began in when he was elected to his student council at Walt Whitman Elementary School in Woodbury. From that moment on, he had a passion for representative government. “I loved the concept that I could use my voice to lift up the voices of others,” he said. “Whether through student government or forensic speech and debate, I always loved politics and government.”

During his time serving as senior class president at Syosset High School, he found himself and his peers in disagreement with how the school district’s superintendent was running the district. In an effort to get involved and make a change, he decided to run for a seat on the Syosset Board of Education, and in May of 2012, at the age of 18 and one before he graduated, he became the youngest elected official to any position in N.Y. state.

After Lafazan was re-elected to the school board in 2015, he became frustrated with the number of young people who reached out to him because they had run for office too but and were now inspired by his success story. He wrote a book in response called, “Political Gladiators: How Millennials Can Navigate the 21st Century Political Minefield and WIN!” This how-to tells the story of 30 young elected officials as well as his own and explains how to run for office. “When you treat young people like they have unlimited potential, they will show you that they can do exceptional work, and in this case, they can swing an election,” he said. “Fast forward to 2017, we had a county executive and town supervisor under federal indictment, and I decided I was going to seek elected office to the Nassau County Legislature,” Lafazan said.

Lafazan was in awe that his community took a chance on him at such a young age and believes that having met thousands of his constituents before the election was his key to winning. “I don’t forget where I came from, and I don’t forget who I work for,” he said. “I always believed face to face wins the race. So, when I knock on a door and I speak to a resident, I think that they’re comforted in my earnestness in wanting to serve. I view this as public service and not as politics; and when they meet me, I think they’re also comforted to know that I’m accessible.

”Taking a course with Lafazan will give students a view of politics and local government from an insider. “In an era of political disruption, he sits in the center of the aisle; I think the course would appeal to anyone with intellectual curiosity, and an interest in the future of our nation on a personal level,” Valli said.

The class is scheduled for Wednesday evenings, and a definite time start time has yet to be confirmed. Students who are interested in taking the course should consult with their promise coach or advisor prior to registering.