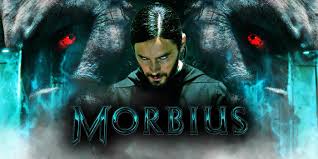 The new Marvel movie “Morbius,” hit the big screen on April 1, 2022. “Morbius” is seemingly a Spider-Man spin-off, but fans are very disappointed in how it turned out.

Dr. Michael Morbius was a renowned chemist with a rare blood disorder, which normally would be treated in real life, but he experimented with dangerous cures. He used vampire bat DNA, which gave him “pseudo-vampirism.” His symptoms were an unquenchable thirst for blood, a bat-like appearance, the ability to fly, and a healing factor that allowed him to survive being injured.

The film was swapped with repetitive, meaningless vampire tropes, such as when multiple characters died and came back to life after tasting Morbius’ blood.

“Morbius was hard to follow, and I kept asking myself, ‘What is happening, and why does this even matter,” junior finance major Elijah Stout said.

The film has been so widely panned, it sits at a 16 percent on Rotten Tomatoes, which is an audience critic-driven website. Forbes reported that Morbius suffered “a 74 percent drop from its $39 million debut, which is the biggest drop ever for any big comic book superhero movie.”

The movie had a running time of only one hour and 45 minutes, which did not allow Morbius to show character development. If the movie had had a longer running time, it would have had the opportunity for Morbius’ character development. He did not have any moments for him to come to terms with being a vampire. Once he realizes that he is capable of murder, Morbius immediately takes on the role of a man on the run from the law.

Fans are not blaming Jared Leto’s acting for the downfall of the movie, but instead the writers of the film. Critics even began sucking the enthusiasm out of Morbius months before it got released.

Morbius had the opportunity to make a big debut in the Marvel Universe, but because of a poor screenplay, the opportunity was passed by. Regardless, Morbius deserves to be watched by audiences, not because it is a wonderfully made film, but so people can conduct an opinion for themselves.