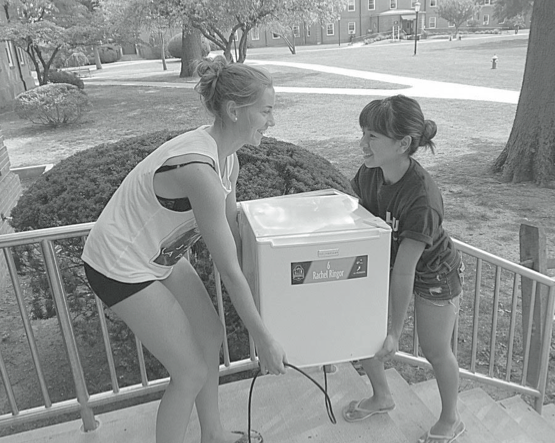 As the summer comes to a close, and students have moved back into the residence halls at LIU Post over Labor Day weekend. Residence Assistants were already all moved in a week beforehand in order to get everything prepared for their residents to arrive. Residence Assistants do things such as make door tags for their residents in hopes of making them feel more at home as soon as they arrive.

This year, all eight residence halls are open including Riggs Hall, Post Hall, Brookville Hall, South Residence Complex, Suffolk Hall, Nassau Hall, Queens Hall and Kings Hall. Last year, Kings Hall was being renovated and has now opened up as a primarily freshman residence hall. South Residence Complex also known as the suites, has transformed into a twenty-one and over resident’s hall only. All eight buildings were buzzing with activity throughout the entire weekend. There was furniture, televisions, refrigerators and clothes at every turn as freshmen and seniors alike moved their belongings to their second home, some for the first time and some for the last.

Volunteers from sports teams and Residence Assistants helped students with check in, moving objects and settling in. Many parents and families were helping as well. “I’m really looking forward to starting a new chapter in my life here at Post and meeting new people. I thought I would be more nervous, but the people here made it easy,” said Lauren Hiraldo, a freshmen Dance major who moved into Queens Hall.
Though this was only Hiraldo’s first move in day, it was a sad event for senior Hannah Breed. “I’m really going to miss my roommates and coming back to live with them each year. It’s sad that this is the last time I’m moving into Riggs Hall,” Breed said.