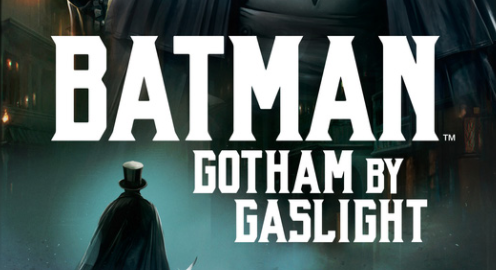 DC Comics published their first Elseworlds, a publication imprint associated with DC Comics, to create, “Gotham by Gaslight,” in February 1989. The author, Brian Augustyn took Gotham’s nest characters from their caves and cages and put them in a different time period. Fast forward to 2018, Warner Bros. Animation produced a movie based on the standalone story titled, “Batman: Gotham by Gaslight.” This cartoon film takes place in England during the Victorian era when a serial killer named, Jack the Ripper is out for blood; but can the world’s greatest detective stop him? The film starts in a theatre. A woman is performing something similar to a belly dance in front of an audience of crude men making vulgar remarks. When the show ends, an unidentified man approaches the dancer and murders her. This is where the story commences.

The setting of Gotham City is very different than what avid fans have read in comics and seen in movies. The city’s population travels by horse and carriage, lights are fueled by gasoline instead of electricity and Batman’s costume looks more like a medieval executioner as opposed to the multi-million dollar bulletproof suit he wears now. The cast is also different, Batman is voiced by Bruce Greenwood instead of the legendary Kevin Conroy, and this may be a turn off to certain fans. However, it provides a different take on Batman; Greenwood’s voice is similar enough to Conroy’s, so it is not distracting.

The motive of Jack the Ripper (Scott Patterson) is the same as the real criminal who lived over 100 years ago, and because of this, the movie is rated R. The film contains some graphic violence, but nothing terribly gory. The R rating seems to be more of a heads-up to the parents of young Batman fans so their children don’t hear the degrading language towards women. This isn’t the first time Warner Bros. Animation has done this to an animated film.

Back in 2016, they released “The Killing Joke,” a movie about The Joker’s mission to drive Commissioner Gordon to the border between sanity and insanity. It was a great read but a bust of a film. “The Killing Joke” and “Batman: Gotham by Gaslight” are very different, the former was uncomfortable to watch at times while “Batman: Gotham by Gaslight” was a bit hard to listen to at times due to the diction of the story.

The film makes viewers stop and think about some of the names of the characters. The names of some of Batman’s greatest allies are homeless children, and foes are just normal people with no hostility as opposed to their psychotic ways in modern day Gotham City. This makes the film more interesting and adds to the plot. Visually, the movie has some aws: the illustration of some of the characters is inconsistent, and Batman’s stature is more square than cut, making the illustration look rushed at times.

“Batman: Gotham by Gaslight” can be purchased through the iTunes Store and Amazon video.