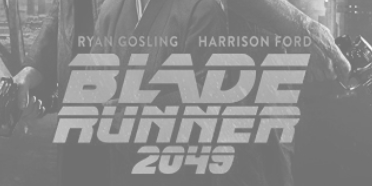 The year is 2049, synthetic humans, known as “replicants,”are even more humanoid than they were in 2019, European Peugeot cars are being driven in the states, the game console Atari is still relevant and wood is more precious than diamonds. This is where “Blade Runner 2049” takes off. An LAPD blade runner, Officer K (Ryan Gosling) is on patrol when he reaches a farm outside Los Angeles looking for replicants. A blade runner is essentially a bounty hunter assigned to retire (kill) replicants. At the farm, there is a tree and a NEXUS-8 replicant produced by the long-gone Tyrell Corporation. It is Officer K’s job to eliminate the NEXUS-8. The tree is an arche-type of something else seen later on in the film.

The story of “Blade Runner 2049” is simple, Officer K is assigned find the off spring of Rick Deckard (Harrison Ford), the original blade runner. As the plot evolves throughout the movie, a more personal sub-plot takes shape and threatens to take over the main plot, leaving the movie a bit scattered. I will say this: the new replicants created by Niander Wallace (Jared Leto) are more advanced not only physically, but also mentally.

Throughout the movie, director Denis Villeneuve presents viewers with what are most likely the greatest special effects of the 21st century. Everything is so crisp, from the holographic housewife named JOI to interactive billboards and that’s not even all of it. The casting is great; Gosling does complete 180, coming from his last blockbuster lm, “La La Land” where he plays a jazz pianist. Leto bounces back well from his horrific portrayal of “The Joker” in David Ayer’s “Suicide Squad.” Ford, while he is not in the movie for long, did his part as Rick Deckard and brought a smile to my face, due to the fact that he plays Han Solo in “Star Wars.”.

It is hard for me to explain how I feel about “Blade Runner 2049,” it’s a good movie, but it’s a bit long; the movie’s run time is over two and a half hours. This makes it a struggle to sit through for the casual fan, and also hurts the box office. Due to the movie’s length, theaters can only show the movie so many times a day.

It’s estimated that the opening weekend for the movie will only bring in $31.5 million, which is not good when compared to how much the movie cost Warner Bros. to produce: a whopping $185 million.

So, in my opinion, “Blade Runner 2049” is put together well, but the length makes the movie a bit of a yawn.