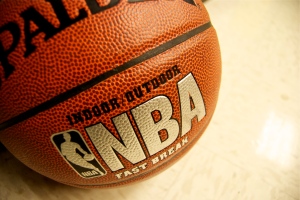 For basketball fans, it looks like you will only be watching college games due to the NBA owners’ inability to agree on a revenue split.  With the recent decision to cancel all November games, fans around the country are impatiently waiting to find out whether there will be a 2012 season.  NBA players are just as anxious as their fans; they must wait to find out whether or not they will be playing this year.  Many players have Tweeted their opinions on the issue, such as the Phoenix Suns’, Steve Nash, who posted, “Why are the owners unwilling to negotiate in good faith? As a player I apologize to the fans that we’re in this position but we will not be taken advantage of. In our hearts we’re desperate to play, in our minds we know better and are prepared to #standunited.”  Miami Heat’s Lebron James, voiced his frustration as his team was scheduled to play the Knicks this week.  He Tweeted, “I’m supposed to be in NY preparing to battle @carmeloanthony @Amareisreal and the Knicks in the Garden 2morrow night! SMH. #NBAlove.”  Others, like Miami Heat’s Dwyane Wade, are making jokes on Twitter as a result of the hiatus.  Wade posted, “Any1 Hiring…I’m available for all bar and bat mitzvah and weddings…but my specialty is balloon animals.”

All humor aside, the NBA lockout has been a nightmare for the majority of the players as they are currently not getting paid.  Previously, the players were receiving a 57% split with the owners on basketball-related income (BRI).  Now, since the owners of many of the small-market teams, like Milwaukee and Charlotte, claim they are losing money, they are dropping the players’ BMI and increasing the owners’ revenue.  The players’ union and the NBA union met Saturday night on November 5th for over six hours. While some of the NBA reporters seemed optimistic, comments by the players’ union afterwards indicated that no progress had been made and the owners placed an ultimatum with a Wednesday, November 6th deadline.  The ultimatum entails that the players have a possibility of earning a 50% BRI.  However, if the players’ union does not accept this offer, Stern threatened a 47% guarantee.

When asked his opinion on the lockout, graduate student Andrew Jackson said, “The NBA lockout is a giant mess. I feel like this is going to go for the entire season. Unlike the NFL, the best players, like Lebron James and Kobe Bryant, aren’t actively involved in the lockout like how Peyton Manning, Tom Brady and Drew Brees were. NBA players also have a nice second option by going overseas and playing ball as well.”  Senior History major John Medford also compared the NBA lockout to the NFL lockout.  “The lockout affects me as a basketball fan in different ways.  I compare it to the NFL lockout who were able to make a deal and their seasons.  I think the [players’ union] representative, Derrick Fisher, is speaking more for himself than for the other players and that is causing a problem.  It’s gone on for too long and the players are not thinking about the fans whatsoever.  Derrick Fisher is hurting the NBA and the players.”  Though optimism is diminishing for both NBA players and fans, players and owners are attempting to negotiate in the hopes of reaching an agreement by Wednesday.  For now, fans will continue twiddling their thumbs and hope that the owners and players’ union are able to overcome this major setback to the season.