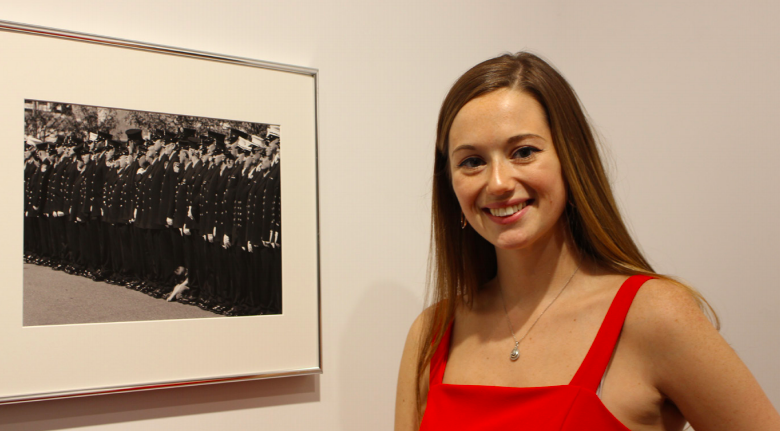 The S.A.L. Gallery’s last exhibition of the semester was shown from April 17-22


Photographers Ashley Wilson and Erin Brotell showcased their exhibits in the S.A.L. Gallery in the library from April 17 to April 22. Wilson’s collection, “The Brave,” Brotell’s collection, “Chasing the Sun” contrasted each other and stood out in their own ways.

Wilson, a senior photography major, did her project on something close to home, firemen. Members of her family, including her dad, work for the FDNY. Wilson followed the Special Operations Firehouse with a 7300 mm . “I wanted to show everything they went through. It’s crazy, they don’t even think about running into a fire, they just do it,” Wilson said.

She started working on her exhibition in September. It features photos of fires, rescues, and a funeral. “It hit home, but it was nice and eye-opening how many people, even if they didn’t know the family, were there to support them,” Wilson said about the funeral she photographed.

Brotell, also a senior photography major, premiered her exhibit “Chasing the Sun,” show-casing her use of light. “I am usually drawn to ethereal environments. I like to create images that you cannot see with your eye,” said.

Taking her classmates into nature in places around campus, she tried to photograph their “inner goddesses.” Brotell uses light to create alternate realities, immersing viewers in dreamlike experiences. The images were not easy to create; when shooting, Brotell only had a window of 15 minutes of where the sun should be before it changed angles and altered the shot.

“The Brave” and “Chasing the Sun” were the last exhibits of the Gallery for the spring semester. The photographers managed to capture emotions without words.