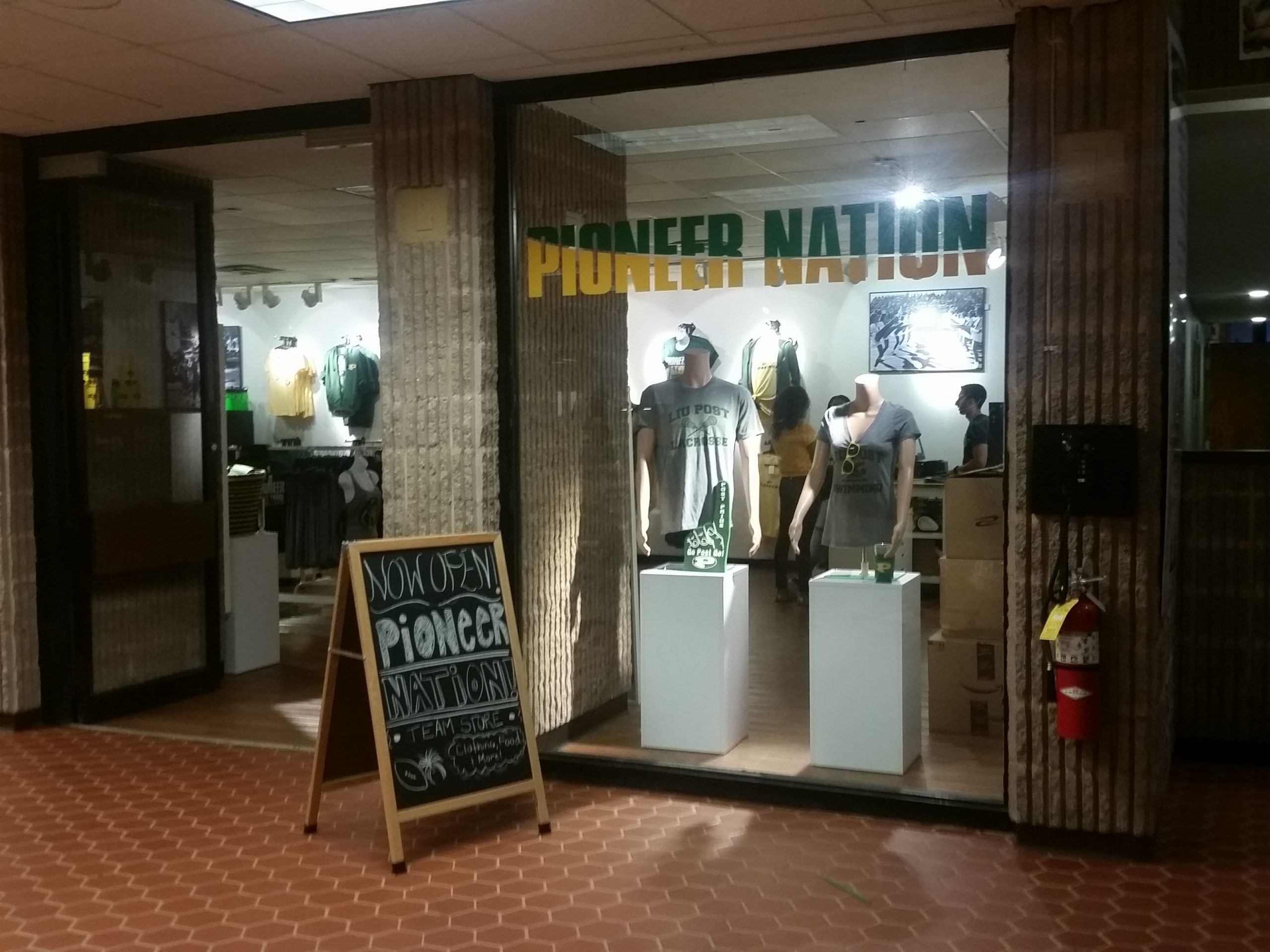 A new school merchandise store opened on the lower level of Hillwood Commons on the first day of school. What was formally a student art gallery is now known as “Pioneer Nation.”

The store, which is directly across from Starbucks, has opened its doors for business and is one of five already existing student run businesses on campus.

The store sells mainly LIU Post clothing, but also certain convenience items and food, which are available in a part of the store called the “Pioneer Pantry.” Although there is clothing sold in the bookstore, it differs from the clothing sold at Pioneer Nation.

Tamir Dayya, the LIU Promise Special Projects Coordinator, explained the difference between the two outlets. “The clothing in Pioneer Nation is actually curated and chosen by the students, “ he said.

“It also offers different styles, which are meant to supplement the inventory that is carried in the bookstore. A student may purchase a hat in the bookstore and a complementing shirt at Pioneer Nation.”

Pioneer Nation and the bookstore are intended to serve as compliments to one another, not competitors, according to Davya.

The Barnes & Noble bookstore on campus and Pioneer Nation are not affiliated with each other besides the fact that they lie on the LIU Post grounds.

According to Dayya, Pioneer Nation serves as a student-run business with the profits from Pioneer Nation going back to scholarships and student business growth. The concept of the store, “was generated through the collaboration of students and administrators on the idea of what type of business students could benefit from while increasing school pride and spirit. The result was Pioneer Nation.”

Just by simply looking at the clothing and what is offered in the store, you can get a clear sense that school pride and school spirit is their M.O. The store bleeds green and gold and it’s clear with unique designs and shirts designated for specific sports teams on campus.

Justin Platania, a junior Criminal Justice major who is one of a handful of employees at Pioneer Nation, believes the store has a unique twist. “The designs on the clothing are much more personal and the price points are great,” he said. “It’s a cool way to express the pride you have in your school.”

The store, which is in its first couple weeks of operation, is still receiving inventory and will continue to build their inventory up during different parts of the semester.