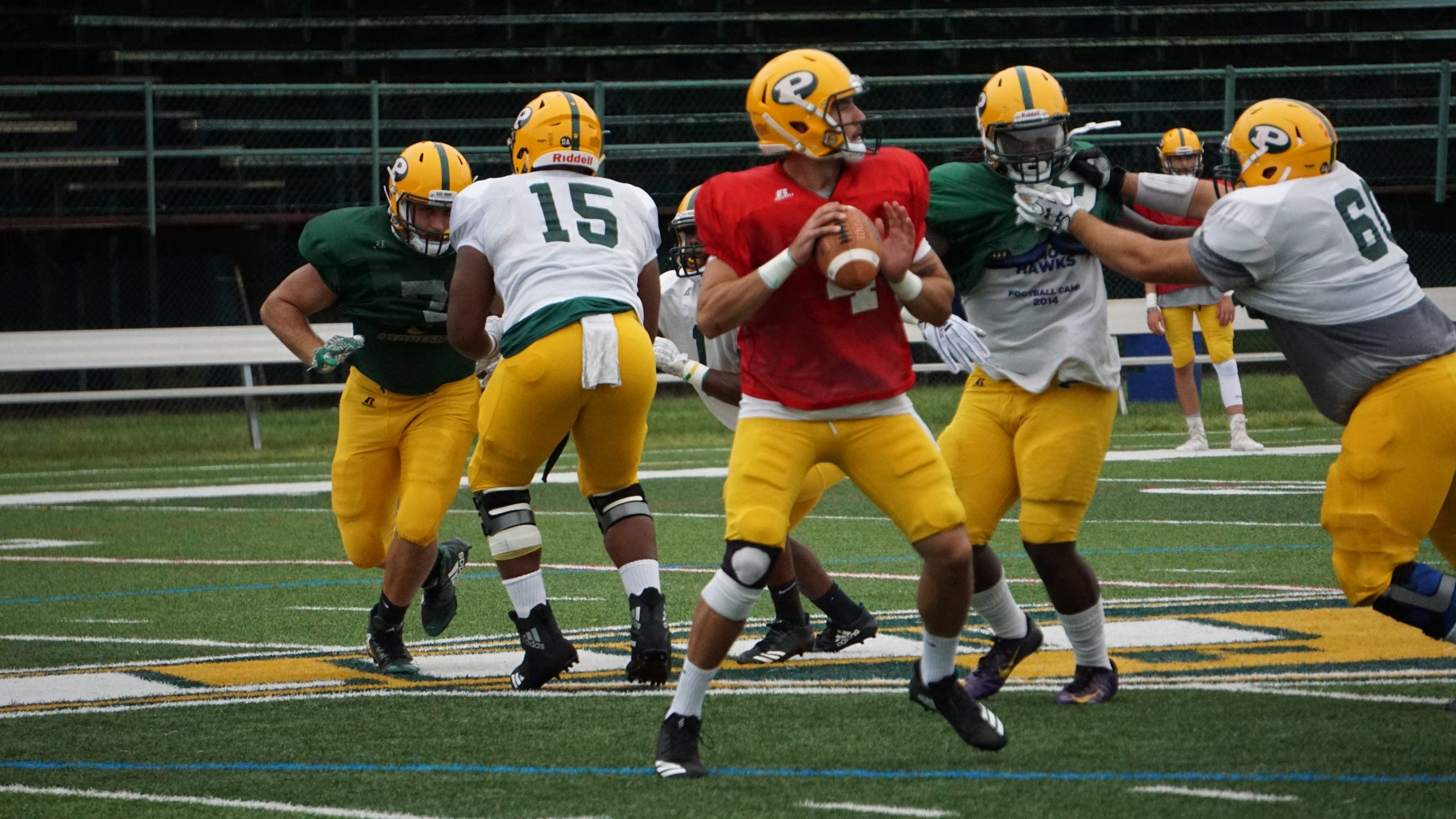 Last season, LIU Post’s football team held a winning record of 8-2. The record is good for most teams, but this season, the Pioneers want to be more than just good.

Head coach and defensive coordinator, Bryan Collins is expecting a tall order to be fulfilled in the 2018 season.
“An .800 winning percentage is a good season to most [other college football teams], but our goals here are to win the conference championship and get into the national championship game,” Collins said.

“Last season seemed to be a good season to the fans, but it was quite disappointing to everyone on the team,” Mash said. “While we are happy to win as many games as we did, the goal was to make a run in the NCAA playoffs.”

Even though the season just began on Saturday, Collins already knows that we will see more seniors on the field this year than last.

“We have a nice mix of incoming players – we have 47 freshmen and a good number of walk-on players,” Collins said. “As I look at this senior class, I think almost all of them are starters for us, which is unusual, but we’re glad that the seniors have stuck around for all of these years.”

If the Pioneers want to win it all this year, that means there are some things that need to be worked on in regards to their gameplay, but Collins looks for his team to be mindful of everything, even off the field.

“In order to be a successful football team, it’s all about accountability and I think nowadays it’s hard to have that sense of accountability for others, whether it’s in the dorms at 11 p.m. where the coaches aren’t present, or in the weight room,” Collins said.

The Pioneer’s celebrated their first win of the season Saturday, Sept. 8, winning 33-8 vs. American International. Their next home game will be on Saturday, Sept. 22 at 1 p.m. at Bethpage Credit Union Stadium.