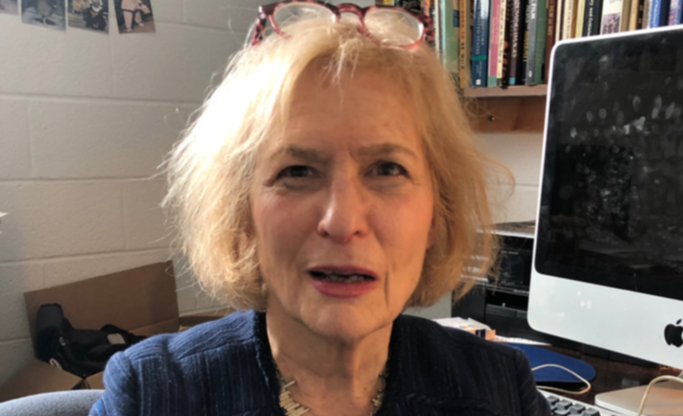 Professor Susan Zeig, film director and chairperson of the department of communication and film, released her latest untitled short film, March. 31, at the KQED station in San Francisco.

Zeig’s passion for the film industry doesn’t stop at her classroom lectures. As a documentarian, Zeig looks at communities. Through her films, she comments on society, from economics to inequalities in the school system. Zeig first got involved in filmmaking following the climax of the political protest during the Vietnam war. “I ran a workshop for kids on the lower east side, where we taught filmmaking,” Zeig said.

Zeig’s released her first film, “A Community Concern,” in 2010. It focuses on helping improve community and relationship between educators, parents and students. The film introduces the fact of community organizing and its faces.

“The idea’s not that complicated [fair and equal schooling opportunities], but the obstacles are ridiculous,” she said. Zeig believes that the only way people can have a collective voice is by community organizing.

Zeig’s the released “The Long View,” in 2012 which documents the decades of inequality in the public education system in Oakland, Calif. The film brings together members of the community for a collective and impactful change, while showing how race, gender and ethnic background can affect schooling opportunities for children. Her latest film delves into the life of a character in “The Long View” that became a professional community organizer.

Zeig currently teaches a class in video documentary and history of world cinema. She took over as chairperson of the department of communications and film in fall 2019, when Barbara Fowles, who held the position for many years, stepped down.

Zeig plans on continuing her work in film and having the products reach the schools, universities and communities that would most benefit from the discussions they raise. “These films are meant for both big screenings and intimate sections,” Zeig said, as she recently signed a contact with PBS education, starting Sept. 1 of this year. To find out more about Community Concerned Films, visit www.communityconcernfilms.org.