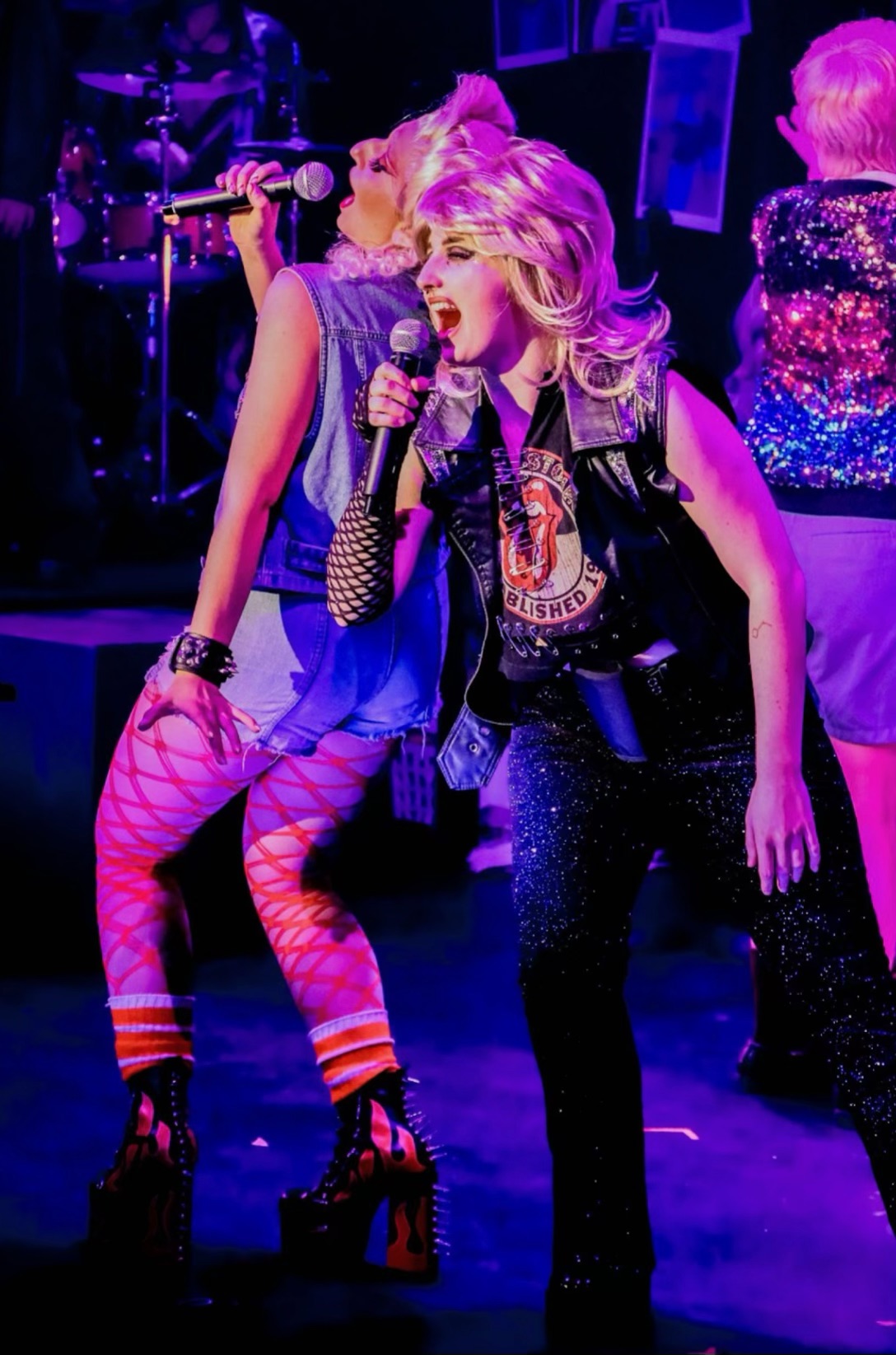 Post Theatre Company (PTC) premiered the first of five performances of the show “Hedwig and the Angry Inch” on Friday Nov. 19. It was directed by Jason Jacobs and assistant director Grey Sindaco.

The show featured 10 performers playing one of three roles. The show follows the journey of a German rock singer, Hedwig, and her backing band, the Angry Inch.

To accommodate the number of actors in PTC, the show had multiple actors playing the same character – Hedwig – at different stages of her life.

Members of the cast and crew shared their thoughts on this re-imagined version of the show.

“Classic plays and musicals invite interpretation, and this production is shaped by a new generation of young artists who are tearing down the walls of traditional gender strictures. Our rehearsals have been an inquiry into how this multifaceted role can be embodied by a diverse ensemble – and how this story continues to resonate, more than 20 years since its inception,” Jacobs said in the director’s note.

Other members of the crew shared similar thoughts on the importance of interpretation in musical theatre.

“It definitely started with research and understanding the songs. I had to blend characters and make it clear in the movement. Their different characters but all one. It’s definitely a different take on the show,” senior musical theatre major, and choreographer for the show, Danielle Burman said.

Burman choreographed the songs “Origin of Love” and “Wig in a Box” for the production.

“ “Hedwig and the Angry Inch” explores a variety of concepts, one of which is that of the mythological construct of love […] In its entirety, Hedwig serves as a guide through one’s journey of self-actualization, taking the good with the ugly,” read the dramaturgical note by junior musical theatre major Sarah Beth Barlow.

The show explores themes of love and gender identity set to a score of rock music. Members of the crew shared their thoughts on the premise and purpose of the play.

Other members of the crew shared similar sentiments of the importance of the themes of the show.

“It’s an exploration of gender identity in the point of view of Hedwig as they transition and their identity through what it means to not be a part of a binary,” Burman said.

“I hope our Hedwig celebrates the diversity of gender expression in this community,” read the director’s note by Jacobs.

The show explores a wide variety of concepts set to the sound of exhilarating rock music. Members of the crew shared various elements of the show they consider their favorites.

“I loved working on the dances […] it was great to collaborate with my peers,” Burman said.

Others shared similar thoughts on the fulfilment that came with progressing through every stage of the production and the important role every member of the cast and crew played.

“My favorite part was seeing it all come together with a live audience. […] Watching how moved the audience was was breathtaking. […] This is the first live show I’ve worked on since the pandemic. It was really nice to get back into doing live shows and having all those components. And it didn’t hurt that I had a great cast and creative team,” Sajda said.

Members of the crew shared thoughts on the importance of communication and teamwork in their jobs.

“My job is so centered on people that I can’t do it without the team,” Sajda said.

“Coming in prepared with a vision and understanding how you want your vision to come to life and communicating that clearly is the important part of my job,” Burman said.

There is a lot to take away and learn from Hedwig’s story. Members of the crew shared their thoughts on what they hoped the audience got out of the show.

“I hope that they had a good time. I hope they were able to see the beauty and the universalness of Hedwig’s story,” Sajda said.

“Other members of the crew shared similar thoughts on the importance of the theme of empathy in the show.

“I hope [the audience] sees[s] a different perspective through the lens of Hedwig. It’s a difficult story to tell and it has moments of uncomfortability but I hope they saw a different experience in someone else’s shoes,” Burman said.