Review: “A Walk Among the Tombstones”

Liam Neeson stars in “A Walk Among the Tombstones,” which opened on Sept. 19 in New York. Scott Frank (“The Lookout”) directed the film, which is based on the novel written by Lawrence Block of the same name. Neeson plays the character of Matthew Scudder—an ex-cop and now private investigator hired by a drug trafficker, Kenny. Kenny hires Scudder to *SPOILER ALERT* exact revenge on the people who kidnapped and killed his wife, and sent her back to him, literally, in pieces. The morbid abductors had told Scudder that since Kenny “slashed the price” on the ransom money, they “slashed” his wife. Disgusting. 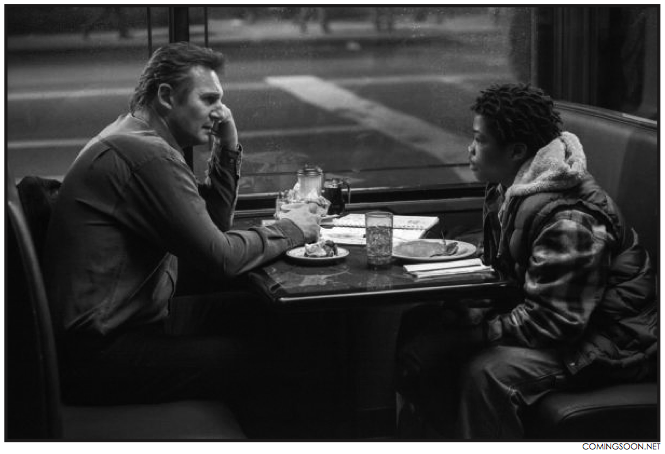 Before he decides to take the case, Scudder thoughly investigates the circumstances and finds out that the same thing happened to other women. He predicts (and is right) that this will happen to others in the future. The story reveals Scudder’s conscience, who realizes that these abductors are seriously disturbed. The movie also shows a budding relationship between Scudder and a young homeless boy who hangs out in the library. The boy, T.J. (Brian ‘Astro’ Bradley), and Scudder end up forming a mutually beneficial bond, as T.J. eventually helps Scudder take down the bad guys.

The story is also constantly interjected with Scudder’s struggle with alcoholism, as the 12 steps of Alcoholics Anonymous are blended in throughout the film.

What sets this movie apart from regular police thrillers is the fact that it is constantly depicting a character analysis of Scudder. Without giving away the entire storyline, he had a horrible accident while he was inebriated, which completely changed his life and made him leave the police force.

The movie portrays Scudder as a better person in the present, even though he got there the hard way. It is very graphic, with violent scenes – more than one depicting horrible and demeaning actions against women. I found this unnecessary and distasteful. Some things don’t need to be seen—they can be alluded to and the viewer can piece the message together. Less can be more.

“A Walk Among the Tombstones” is a great movie, but don’t expect your average “rogue cop” story. Neeson is definitely the draw for this movie, and I really don’t know if it would have been such a hit at the box office without him. He has a big fan base, and deserves it. Scudder battles with himself over his past and tries to do the right thing, showing the audience Neeson’s talent as an actor. The supporting actors, including Bradley, were cast perfectly for the film, each (the drug addict, drug trafficker, and the kidnappers) playing their parts believably. Overall, the film is definitely worth seeing for the pure “edge of your seat” factor.