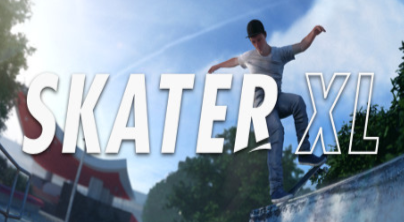 Back in 2010, Electronic Arts (EA) released a video game called, “Skate 3,” the third installment in the world-famous “Skate” series, and while it was a major success, it’s just getting a bit old. Fortunately, a company called Easy Day Studios released a beta for their upcoming game called “Skater XL” on Steam, a multiplayer gaming platform. It seems like EA is pulling the plug on the series even though non-skaters enjoy the game.

“I’d say it [‘Skate’] filled the void that the Tony Hawk games left when they stopped mak- ing them,” Ryan Kneel-on, senior film major, said. “I definitely got a niche of being able to create your own skate parks though.”

The “Skate” series will always have a special place in my heart; I’ve broken my ankle four times from skateboarding and during each of those injuries when I couldn’t ride my board, “Skate” helped the time pass.

“Skater XL” is nothing like any other skateboarding game I’ve ever played; I thought that the controls used in the “Skate” series were realistic, but in this game, the player has to control the skater’s left leg with their left thumbstick and the right leg with the right thumbstick. When I plugged in my controller, I thought it would be really easy to get a hang for the controls, but I was wrong.

In every other skateboarding video game, the player automatically catches the trick, however in “Skater XL,” they need to do it on their own. Since “Skater XL” makes the player catch their own tricks, they can do tricks like a switch backside 270 degree tailslide, or double hardflip out.

Since the game is still in beta mode, there is only one map, the LA Courthouse. This is a famous skate spot because of the ledges and the stage that professional skateboarder Chris Roberts once switch kickflipped years ago.

For the first week or so after playing the beta, I started to get bored of skating the courthouse because there’s only so much you can do there. Fortunately, I came across some modifications that people have been building for “Skater XL” including custom maps, boards and shoes. I’m actually working on building a map in Blender, a graphic designing software. In the Unity game engine and the map is going to resemble the five-stair handrail outside of Hillwood commons, because I’m too chicken to do anything down it.

There’s no doubt that “Skater XL” has some big shoes to fill as it is the first real skateboarding video game since “Skate 3,” which is now a fossil. While the game so far is looking great, we’ll have to see if it can win players over completely.

“Skater XL” is available on PC through Steam for $20.