Students Scuttle to make the Shuttle

Over the past couple of semesters, more and more students have been attracted to Hicksville for off-campus housing, causing an everyday struggle for students to board the free shuttle, which has a 25 person occupancy limit, to school in the mornings. As a result, the Office of Campus Life and the Student Government Association have worked together to improve transportation—and more options are underway. 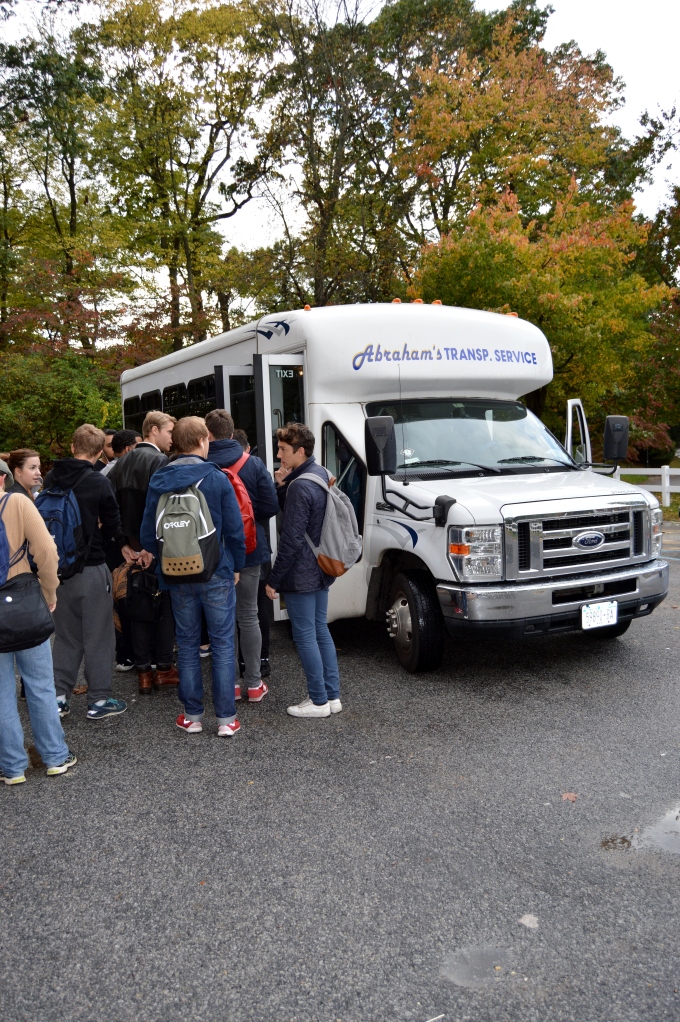 Students, faculty, and staff are taking advantage of the shuttle services, and the same hours seem to appeal to them all. “9.00 a.m. is by far the busiest time,” said Ian Jonson, a freshman undeclared major who lives in the Hicksville area. “I’ve been at the bus stop 20 minutes before the shuttle is supposed to leave, and you could tell straight away it wasn’t enough.”

The excessive demand for the crowded morning shuttle buses leaves students with two options: to go hard or to go home. “Lines have been non-exist[ent], and those getting a spot on the bus have usually been those with the sharpest elbows,” Jonson said. Instead of taking the risk, Jonson and his housemates have given up the extra hour of sleep, and are taking the 8 a.m. shuttle instead to make sure they don’t miss class.

Recently, the Office of Campus Life and SGA have studied the issue, and together worked on changes to the shuttles. “Along with the SGA, we constantly monitor the transportation needs of our students and make changes accordingly,” said Abagail Van Vlerah, Dean of Students.

“Van Vlerah and I actually rode [the shuttle] last week sometime in the afternoon, to get feedback from students,” Michael Berthel, Director of Campus Life, added.

The changes already in place have not increased the amount of rides to and from Hicksville; the latest round that used to leave campus at 9 p.m. has been taken away, and the shuttle is now going at 1 p.m. instead, breaking the previous almost six-hour break the shuttle used to have between 10:20 a.m. and 4 p.m.
“It is an expensive and year-round service, so we have tried to play around with the schedule before increasing any costs,” Berthel said. “SGA has allocated over $100,000 for the student shuttle service during the 2014-2015 academic year,” he added.

For those who dorm and don’t own a car, the off-campus shuttles to Hicksville and Pathmark in Greenvale have been the only free alternatives to leave the campus. “During weekdays, I try not to take the shuttle after its break in the afternoon because I know it will be completely full of commuters,” said Tine Markar Lolland, a junior Public Relations major. Lolland explained that the weekends are the only times she does not have any problems.

To facilitate leaving campus for on- campus students, the university will launch a new Zipcar program on Wednesday, Oct. 22, which will allow students to use an on-campus rental car all hours.

The Zipcar project is a global car- sharing network with operations at other college campuses throughout the U.S. Any student over 18, faculty over 21, or community member who has been a licensed driver for a minimum of one year (international licenses accepted) can apply. After registering online, and paying the annual membership fee ($25 for first year), students can reserve a car at any time of the day. Over the first month, students will be discounted for their first $35 driving dollars, according to William Achnitz, Campus Life Coordinator and Sustainability Coordinator. The rental will take place outside of Post Hall.

Jonson believes it is only fair to give the residents another option to leave campus; however, he wants to see some action taken on the free Hicksville shuttle, as well. “The shuttle is a service offered by the school, and you can’t offer services unless you can guarantee all those wishing to utilize it will be able to.”

Berthel stated that he understands where the frustration with the shuttle service comes from. “Students definitely have reasons to complain,” he said.

“The services are paid for by university and student funds, ultimately coming from student activity fees.”

SGA and Campus Life are considering further changes to the shuttle service that may affect the university wallet moving forward. “We are looking into a bigger bus,” Berthel said. “We are also thinking about moving the bus stop from the Chapel to the Humanities area where most departments are located; this way, students will get dropped off closer to the classrooms.”

However, Berthel warned students not to expect major changes any time soon. “Be patient. It is not going to happen overnight.”