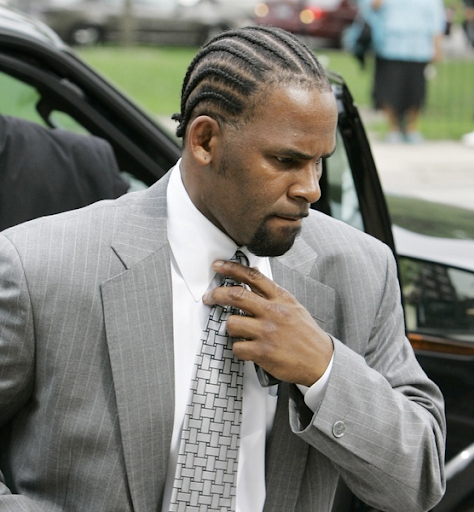 Students share their thoughts on the R. Kelly trial and cancel culture

After 25 years of accusations of grooming and having a sex cult, infamous R&B superstar R. Kelly was found guilty Sept. 27 on all counts. He was being tried for sexual exploitation of a child, bribery, racketeering and sex trafficking.

The details of Kelly’s history of abuse were recounted by prosecutors during the trial.

“Kelly, after grooming, isolating and intimidating his child victims, recorded them being sexually abused and humiliated by him,” prosecutor Elizabeth Geddes said.

Students on campus were horrified at the graphic details revealed during the trial.

“I know that allegations against him had come to light in the past without much consequence, and I felt a lot of frustration and sympathy for the victims,” junior acting major Olivia Gonzales said.

R. Kelly has been facing public allegations of sexual abuse since the early ‘90s, and many wonder why it took three decades for him to face justice. Prosecutors described him as a “serial predator”.

Students on campus believe it is a multifaceted issue and there are many reasons why Kelly, and other abusers in the music industry, escape justice and live above the law.

“First and foremost, the responsibility is on the criminal justice system to hold these people accountable. Fans should also stop supporting them and separate their love for the music,” sophomore social work and business major Angelina Anastasio said.

“We want to believe that beneath the sensationalism there’s a real shift in the culture to make the world and the industry safer. The reality is it’s extremely rare for people with this much influence to face lifelong consequences.” Gonzales said.

Prosecutors revealed during their closing arguments that, among other things, Kelly managed to escape consequences for decades by tormenting, blackmailing, bribing and threatening victims – both psychologically and physically.

Another aspect of the prolonged trial is the role that race played.

“Our reality is that our society just does not view Black women and girls as credible,” said co-founder of the #MuteRKelly campaign Kenyette Barnes.

It is often suggested that one way to not enable Kelly and other abusers in the music industry is to not consume their art. Students share similar opinions on the level of responsibility fans have in holding public figures accountable and whether it’s acceptable to separate the art from the artist.

“I think there is only so much separation to be made between the art and the artist. As an artist myself, art is a reflection of an individual’s worldview and will always reflect an individual’s personal bias,” Gonzales said.

Anastasio believes that these artists should be held accountable by fans.

“Separating the art from the artist is a problematic statement in itself, people have to draw the line somewhere because the artist flows into their art,” Anastasio said.

The social and cultural climate has changed dramatically since Kelly first began facing allegations. One drastic development is what is dubbed cancel culture, which is an online phenomenon of public call-outs demanding accountability from public figures.

“I would define it as a collective condemnation of a person’s words or actions,” Gonzales said.

Students on campus don’t believe that cancel culture is an entirely positive development, and are skeptical of the role it actually plays in holding public figures accountable and bringing them to justice.

“I think it can be real, but I can’t recall anyone who has actually been completely cancelled. It usually ends up giving them more publicity,” Anastasio said.

“The thing is, rarely does “cancelling” someone affect them beyond their reputation, and with how fast our news cycles are, this isn’t always something that lasts. It’s by-and-large performative,” Gonzales said.

However, students hope that Kelly’s trial will make others re-evaluate the public figures they support, and that more abusers will not evade justice for as long as Kelly has.

“I think it’s unfortunate that it took this much public outcry,” Anastasio said..

Kelly will be sentenced in May 2022 and is facing a possibility of 10 years to life in prison.

Published in Arts and Entertainment, News and _Front Page