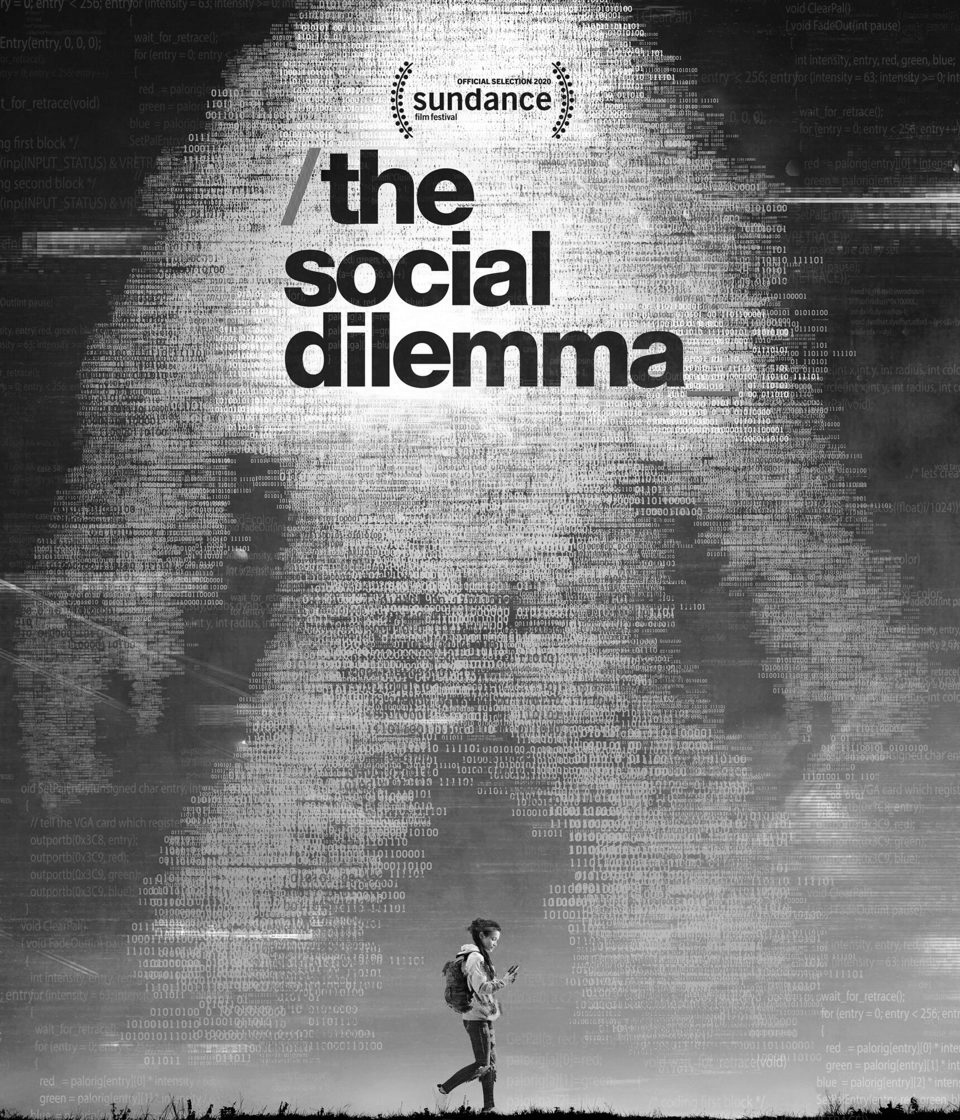 This pumpkin-spiced time of the year is when many recall, and rewatch some of the most classic horror movies in cinema history. This year, an unexpected newcomer has revealed itself, from the shadows and jump scared millions of people across the globe. The movie serves as a brutal wake-up call surrounding a visceral and real problem our society currently and continues to face. “It’s fascinating, it’s ultimately scary to think we are constantly being manipulated by technology that people invented,” said senior English major Julianna Orlassino. “The idea that addiction and consumerism were part of the intentions, not necessarily maliciously, but inherently for the sake of profit.”

“The Social Dilemma”, released on Sept. 9, focuses on the unintended consequences social media and technology has had on the world. The film discusses the severe, and unintended consequences that social media, and blue light screens, have caused for our youngest generation, as well as those who are on their way out of this world. These alarm bells are being rung by the same people who unintentionally engineered the problems we are all facing.

The documentary is filled with confessions from tech giants who created these problems. “It’s expected because in some ways we all know how technology and social media have taken over the world as a means for communication, popularity, consumerism and even addiction. The unexpected part is having people admit to it, laying it all out there for us to see,” said Orlassino

Speakers in the movie discussed why technology today is so problematic. Social psychologist Jonathan Haidt said in the documentary, “Deaths by suicide in the US are up 70 per cent in older teenage girls compared with the first decade of the century, in pre-teen girls, suicide has risen by 151 per cent.”

Students were stunned by this information. “What scares me the most is the fact that we all, in some ways, just sit back and let it happen. We’ve become indifferent–passive–settled for what is instead of constantly hoping and striving for what could be,” said Orlassino.

Tristan Harris is the Co-Founder of the Center for Humane Society, and is featured prominently in the film discussing what exactly the problem is. Harris, in addition to several other Silicon Valley giants make viewers aware of consequences such as exponentially increasing suicide rates among young teens, as well as newfound neurological and behavioral changes that are shaping our future society.

The documentary also focuses on how corporations and technology innovators are very aware of the problem. “We don’t bring phones into our bedrooms, period. Or we don’t bring phones to the dinner table.” said former executive of Facebook and CEO of Pinterest, Tim Kendall in the documentary. This led to the discussion of how social media played a part in the 2016 election. “The news feed [on social media sites] found this very weird pattern, that any post that had this one word in it would always get clicked, always get shared, and always get liked, and get lots and lots of comments, what was that one word? It was Trump.” said Harris in an interview with Bloomberg News hosted by Emily Chang. “That word was a pattern matching signal to the news feed (algorithm) that this is a guaranteed way to get engagement; so whether it was a positive story or a negative story, his name, and his ability to say outrageous things became a self reinforcing phenomenon.”

Harris points out that social media corporations as well as technology innovators are very much aware of the potential consequences in people’s behavior. The film displays massive chaotic unrest surrounding the events leading up to and following the 2016 Presidential Election. The purposeful censoring, augmentation and removal of information created hostile environments for advocates on both sides of the political aisle.

These facts alone speak volumes about the nature of social media and the consequences that developers themselves are aware of, but their customers are completely in the dark about. On Oct. 30, 2020, Harris appeared on “The Joe Rogan Experience”, where he told viewers that “The Social Dilemma was seen by 38 million households in the first 28 days”, and Harris goes on to guess that the actual viewer count is more likely to be close to the 40-50 million range. Tackling very serious subject matter such as teen mental health, and the unintended ramifications of having our lives broadcasting for millions to see, this movie was extremely thought-provoking.