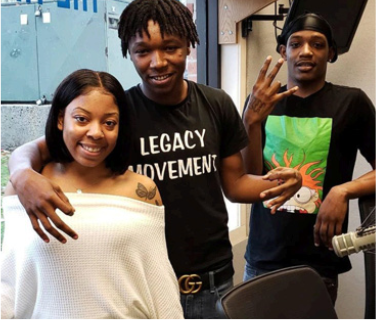 The waves are getting bigger at the campus radio station, the Wave. With more students joining the team, a growing number of live radio shows are being aired. This semester, there are three new shows to the lineup.

Dan Casazza, junior education major and program director of the Wave, oversees the music library and helps interested students start their own shows to air live on the Wave’s online radio station. Casazza helps students who are new to the station through the process of creating a show, and he gives them tips on how to make it better. He also assists junior broadcasting major, Samantha Uebel, who is the operations director with event planning.

Casazza believes it’s important to have new voices on the station, but believes in quality over quantity when considering new programming. “I’d rather have four great shows then 40 shows that don’t have any substance,” he said. New shows recently added to the Wave are “Flexology,” “Beyond Your Element,” and “Sub Rosa.”

“Flexology” was started by junior broadcasting majors Jason Glickman, James Waldhof and Connor Lambert. The show had its first broadcast on Tuesday, Oct. 22 and covers discussions on fantasy football. “We decided to start it this semester because we’re all in a fantasy football league together and it would be cool to have our conversations and arguments broadcast for others to hear and agree or disagree with,” Glickman said. “Flexology” airs on the Wave every Tuesday from 7 p.m. to 8 p.m.

“Beyond Your Element,” a show talking about the latest on campus and tips for college students, was created by Ashley Damis, senior broadcasting major and is co-hosted with junior broadcasting major Jada Harrison. The two began the radio show in early October and air every Thursday from 1 p.m. to 2 p.m. Harrison enjoys having an opportunity for creativity on a radio show. “I like the fact that we have autonomy and can really express ourselves at the station,” she said.

A recently developed show which explores the creepy and the unknown is coming to the Wave on Friday, Nov. 15. Alexandra Ferragamo, senior broadcasting major, and Jada Butler, senior journalism major, created a new show called “Sub Rosa.” The name is a play on an old practice of laying a rose on the mantel when there was a secret to be shared. Their show airs every Friday from 2 p.m. to 3 p.m. “There is a huge stigma about people who talk about and believe in conspiracy theories. I want to open up people’s minds on the topic,” Ferragamo said.

The Wave continues to add new shows to their program to improve the quality of the station and give the station new voices. Students interested in starting their own show can con-tact Casazza at Daniel.Casazza@my.liu.edu.