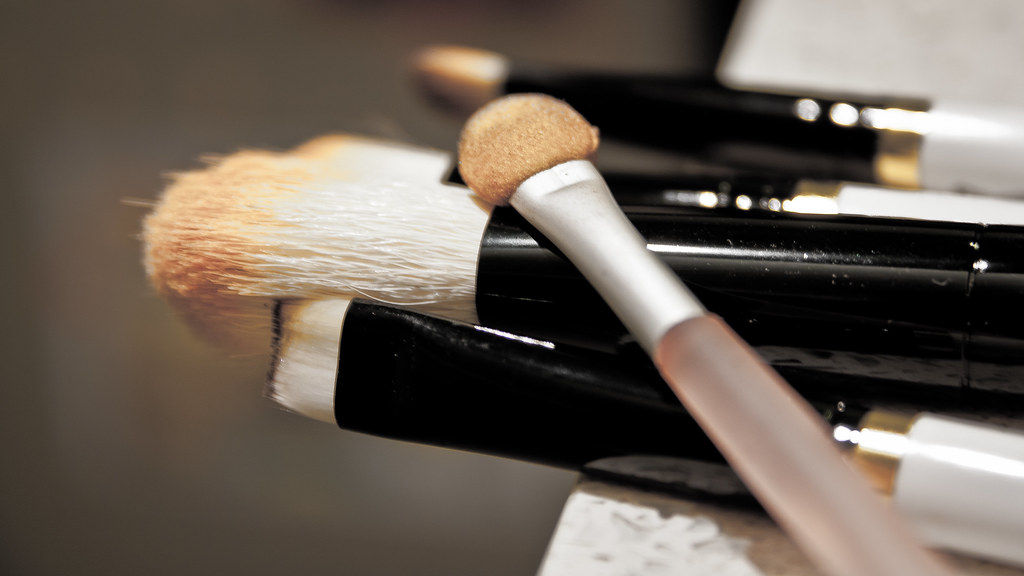 Make-up has always been a key element in self expression and art, with many makeup artists rising to fame online testing products and looks.

Make-up has remained a staple in our ever changing culture; representing a power in which women and men alike can feel free to be themselves. But as much as make-up has symbolized an inclusivity for all people, its marketing tactics are quick to forget a huge population group; hetrosexual, cis men.

“I feel like when talking about more mainstream types of guys, they are going to be like ‘oh, what the hell, what are you doing’, especially in younger men like highschool ages. There’s definitely a stigma against [guys wearing makeup],” sophomore psychology major Aaron White said.

This is quite shocking seeing that it has been a norm in American mainstream entertainment for men to wear makeup since the 1970s. Take for instance, a few of the biggest names of the decade- David Bowie, Boy George, Prince- all wore makeup regularly in concert.

In news, movies, tv shows, all actors and on screen entertainment wear makeup to look appealing for the camera, which seems rather practical when you consider that in many cases, people are watching from all over the world.

“A lot of people might think ‘thats a girly or gay thing to do,’ when I don’t know how people would make that link between makeup and sexuality. It’s really just how you wanna decorate yourself,” White said.

Not only have men been wearing makeup on-screen for decades, they have been the artists behind some of your favorite movie stars as well. Scott Barnes, one of Hollywood’s most well-known makeup artists, said in an interview with Byrdie, “There have always been men as makeup artists. Actually, right now, there are more female makeup artists than ever before.”

And according to statistics from a survey done in 2013 by the Huffington Post, there are a lot more men that wear makeup than we probably think.

The survey found that 9 percent of men wore foundation, 11 percent wore bronzer, and 10 percent wore concealer. In those regards, it seems that by this point in 2022, makeup for men should be a bit more mainstream in the U.S..

In Eastern countries, such as South Korea, it seems like the industry for men and makeup is, at the very least, more open to the idea. Popular boy-band groups like BTS and EXO are regularly seen wearing makeup in photoshoots and performances, extenuating radiant and blemish-free faces.

Senior political science major Shawn Brown sees the shift in makeup becoming more popular for Korean men as a sign of the times.

“I feel like a lot of popular male artists now are toying with that idea of androgyny, especially with all the k-pop stuff.”

So why does it still feel so taboo for American hetrosexual men to wear makeup?

It seems that the answer lies within age. According to a 2019 Morning Consult survey done on 2,124 U.S. men, the differences found between the youngest and oldest age groups are remarkable.

In light of these statistics, it is important to note the differences between the oldest and youngest generations. When talking on the topic of makeup, we can see a huge generational shift taking place in the way men think about makeup. With the progression of time, men seem to get, well, more progressive. Pulling from that aforementioned Morning Consult study, in regards to young men ages 18-29, eight percent responded that they would definitely try makeup, apart from the three percent that already do. Out of the men who answered the survey, 11 percent said that they would try concealer, and 7 percent said they would definitely try lip gloss.

“I think it’s an undeniable fact that every generation slightly becomes more progressive in some sense. I think as generations keep going, they look to attacking traditional roles. I don’t think the pendulum pushes the other way, it continually goes in the way of challenging the norms,” Brown said.

In a time when we are fostering the notion that people should be true to themselves despite social media and public pushback, it feels like a step in the right direction.