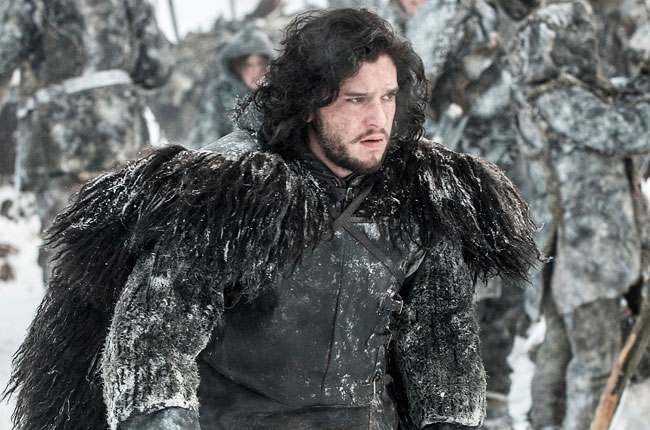 As summer is approaching in this world, winter is coming in another. As Jon Snow, Arya Stark, and Khaleesi prepared for the Long Night, eight million people sat down to watch the first episode of the popular series Game of Thrones that aired April 11 on HBO. The series is based off of George R.R. Martin’s fantasy book series “A Song of Ice and Fire,” which consists of five finished books, and two more expected to be released. Here, The Pioneer gives you all the goods for your journey into the realm of Westeros.

This show is not short on plot twists and in depth stories, and as it enters its fifth season, expectations are higher than ever. The show has several intricate parallel story lines, and over 300 talking characters, so it’s easy to be confused. The main stories are as follows:

• Jon Snow. Ned Stark, The Hand of the King’s, bastard son, who’s having trouble finding his way in the world. In previous seasons, he’s been fighting for the Night’s Watch, hung out with the Night Watch’s enemies, and made more enemies than friends. The Night’s Watch is a small group of convicts and volunteers dedicated to protecting the seven kingdoms from the common enemy, the White Walkers.

In the upcoming season, Jon Snow faces challenges as to what to do about his own situation. Avenge his father’s death, find his sisters, avenge his mother, stay with the Night’s Watch or go with the “wildlings.” The wildlings are the free people living north of the Wall, and they oppose the kingdoms and bureaucracy of the seven kingdoms. Jon also has to cope with the presence of Stannis Baratheon, dead king Robert’s brother, who is now on his way to claim his throne from the Lannister’s. Jon’s family, the Stark’s, sided with Baratheon, so there is something to look out for as the season progresses.
• Arya Stark. Jon’s sister, who left the seven kingdoms at the end of last season. She’s on her way to Braavos to find her old friend Jaqen H’ghar, who helped her escape earlier in the series. H’ghar is one of “the Faceless Men,” an effective squad of assassins. Arya is on a mission to avenge her parents and her brother. “Cersei, The Mountain, The Red Woman…”
• Daenerys Targaryen is, to many, the big protagonist. She’s a strong, independent woman, full of principle, but most importantly, she has dragons, and dragons are cool. Her goal in life is to claim what is rightfully hers, the Iron Throne of the seven kingdoms. Her father was the king, until one of the Lannisters killed him, and made the “Usurper,” Robert Baratheon, king. She is currently building an army on her quest to glory. Currently, she’s in Meereen, across the great sea from the seven Kingdoms, after liberating the slaves there. The liberated slaves now call her Mhysa, or mother.

• Tyrion Lannister, “the Imp,” is one of the more complex char- acters on the show. His family are the main antagonists in the series – they’re rich, selfish, evil, and cynical. Tyrion on the other hand, is none of these. He’s also accused of killing the king, Joffrey Lannister, which was one of the most celebrated scenes of last season. Tyrion also killed his father and his bride to be, while he was having a breakdown.

Tyrion is a rightful, misunderstood little guy that has had to live with discrimi- nation and hate since he was born. He is a dwarf in a world where size actually does matter. Now, starting season five, Tyrion has escaped his family, and especially his sister’s wrath, and is on his way to meet Dae- nerys Targaryen, after being persuaded by his companion to forge the great escape. What that will look like is likely to be seen as this season develops.

• Lastly, we have the queen, Cersei Lannister, who, at this point, hates everyone. She was forced into marriage with the Usurper, Robert Baratheon, had three children with her brother, Jamie, and had her son, Joffrey, and father, Tywin, murdered by Tyrion. She also has an agenda against all Starks, whom she blames for the rise and fall of the kingdoms, as well as general disputes and hatred. She now hunts Tyrion, while she has people searching for her daughter, who she sent away to a foreign land.

Season five started with its first episode on Sunday, April 11, and is set to run for 10 episodes. The realm of Westeros will most likely see a lot of twists and turns. Game of Thrones plays on HBO, Sundays at 10 p.m., and is also available on HBO Go and HBO Now.