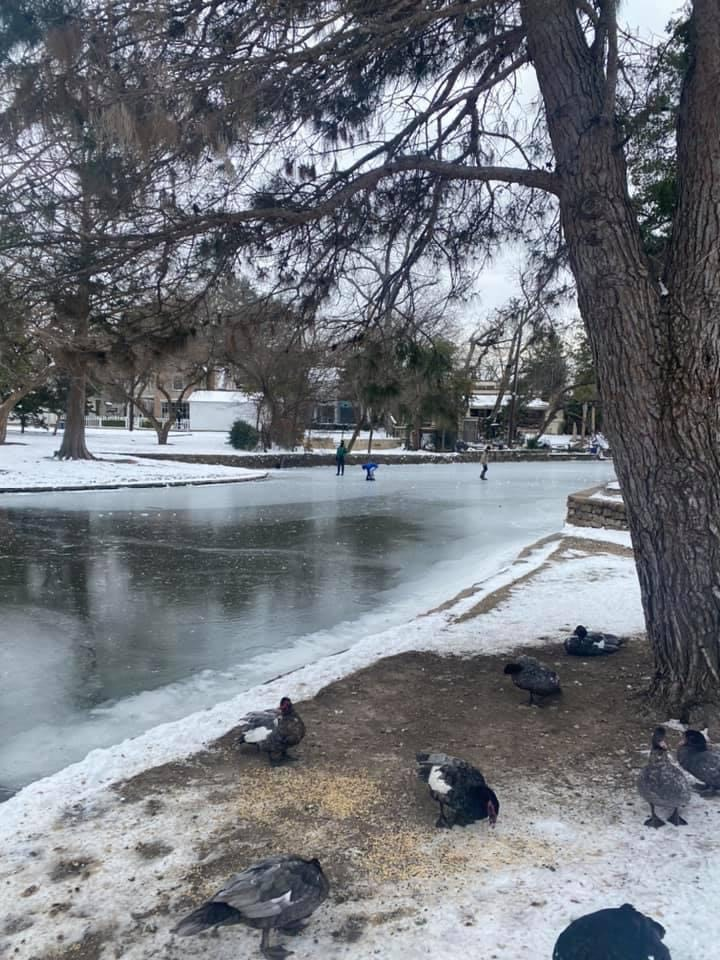 The Texas storm, unofficially referred to as “Winter Storm Uri”,hit the Lone Star State causing power and water outages for millions of Texans on Feb. 13.

“This has all been very unexpected for Texans,” senior musical theatre major and Texas resident Lee Metaxa said. “One word I’d have to use to describe the current conditions down here are overwhelming- because no one down here is used to or even knows how to deal with this kind of weather. Seeing the content on social media, especially from friends and family, of them struggling through this is tragic. It’s all just a complete disaster.”

When the news of this aggressive winter storm hit the media, the masses were extremely worried for Texans.

“Before this awful weather hit, I was here at school. Once I saw the weather report the night before, I knew things were going to get bad quickly so I booked the first flight out that next morning before the snow even started,” sophomore music entrepreneurship, technology and production major Scoggins said. “And even though it’s been snowing a lot in New York recently, I’d have to say that it’s absolutely nothing compared to what’s going on in Texas; because nobody down here really knows how to deal with it, everything is just worse. To put things into perspective, the unplowed areas on campus are way better than the roads in Texas. They don’t drop salt or sand on the roads, they just wait for it to melt and then it’s even worse because it becomes ice and even more dangerous.”

Along with the dangerous road conditions that Texans have been undergoing, another major issue is the widespread loss of water and power across the state; even in the areas that haven’t been directly hit. Over the course of the past few weeks, Texans have been forced to live through freezing conditions with no water or power.

“After the storm hit, many of my family and friends were without water and electricity for so long that we had to adjust, accommodate and even learn how to live without it,” Scoggins said. “When I went home this past weekend, I had to go two houses over just to take a shower for a family birthday party.”

Metaxa also commented on the detrimental loss of water and power in Texas due to Winter Storm Uri.

“I saw a post from a family friend literally living out of their car, with their two children, just to charge their phones and get some heat,” Metaxa said. “They had no heat, no power, and no water all due to the freezing cold conditions. It’s been extremely hard and scary for me to see people I know and love go through that.” Millions of Americans are still living through these conditions, and the Texas government has limited-to-no resources to help them because of Uri’s unexpected element of surprise.

“My take away from this whole situation would have to be that this is all just more proof that climate change is real,” Metaxa said. “For the sake of people’s lives, we need to acknowledge this as something that’s actually happening. For future reference we need to be more aware so that we can combat these situations before they happen again, even in different ways. Overall, we must take all this seriously, this is not a joke. There is something we can all do within all of our communities so this hopefully won’t happen again; or at least we’ll be more prepared for it.”

For more information on how to help those in need in Texas visit redcross.org.