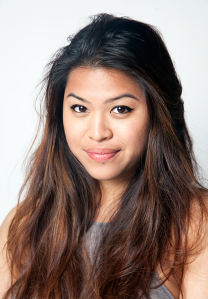 Alea Rahim (’12), the Pioneer’s Layout Editor from 2010 -2011, studied at LIU Brooklyn in the Masters program for Writing and Producing for Television after her graduation from LIU Post.

She made the most of her years in New York, finding time to allocate to many side projects, one of which landed her the opportunity to be part of the Writer’s Guild (WGAE) for New Media. She also worked for several web-series. While in graduate school, she said, “I am keen on learning as much as I can when it comes to production. I am experimenting with different positions in the indie film world. I just wrapped a feature film working under the art department,” she said.

After graduation, Alea moved back home to Kuala Lumpur, Malaysia, and is now working at Astro, All Asia Broadcast Centre, the company that sponsored her undergraduate and graduate studies in New York.  She works in the Film Department, Astro Shaw, as a Creative Associate, searching and dealing with scripts, and pre production. She is enjoying working on some very interesting projects!