Damn, He Got A Point: The Calm Before The Storm 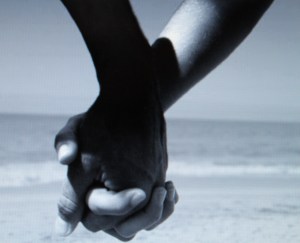 Often times, when you hear about a problem in any couple, it can result from a disconnect between these people or simply a difference in opinion. No matter the case, there’s always this one constant, and that is communication. I happen to look at communication as gas. You could truly have the best car in the world, but on an empty tank, it does next to nothing. That car needs gas to run effectively. The same goes for communicating in relationships. When communication lacks, so does the relationship, and, eventually, this car will simply stall.

Our relationships have that similar effect on us. It ranges from the initial attraction to being curious about the person and then actively trying to get to know them. This mainly happens through conversation, be it in person or via texting. Early on, there may not be many inhibitions, and everything flows smoothly. There is always the hope that this free flowing discourse remains the same throughout the relationship, but the truth is that it doesn’t.

It is often said that as humans, we’re creatures of habit, and we do naturally grow comfortable. “I find I sometimes have problems being vocal,” said senior Matthew Waters. He went on to say that communicating may be “something you have to consciously commit to.” Conversation may wane a bit, and the problem really begins to arise when you notice that but don’t say anything about it. At the moment something isn’t going right, you immediately need to speak up.

I usually say that when things get too quiet or there hasn’t been any recent conflict that there’s a calm before the storm. This basically means that sooner rather than later, something is going to “pop” off.  Junior Stephanie De La Cruz said that she’s not the type to really hold her tongue for anyone. “I have found, though, that there are times when a relationship does get a bit stagnant and not much is said,” De La Cruz said.

Whatever the quarrel, it may have more than likely been bottled up for a good amount of time. Not voicing frustrations (in a respectful and mature manner) can open a whole can of worms in the long run. There are major ill effects to bad communication. Cheating is a huge result of just two people not communicating or being on the same page. Many times, the act is criticized, but, really and truly, there’s a cause for everything. If ignorance is involved and you’re ignoring your partner’s needs, then you’re almost asking for it.

When you begin to feel a disconnect in yourself or your partner’s distancing himself or herself, it’s definitely a cause for concern. I’ve been in situations just like that, and the problem really was that I didn’t know how to stop it or help myself. Really and truly, someone else came along more appealing to my partners’ circumstances, and in both cases, I had no idea how agitated or unhappy either of these ladies was. After the fact, I realized there were major moments of silence; maybe I was busy and into my work in some cases, but the signs are always there. Many times, a timely conversation can change the tides, but this requires you to pay attention to little details. Knowing what I know now, I’d be way more proactive in initiating those types of conversations if I had an inkling that something just wasn’t right.