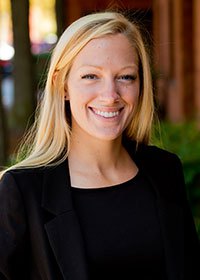 Heather Norris (’12), the Pioneer’s Sports Editor from 2011-2012, lives with her fiancé in Cincinnati, Ohio, where she is the external affairs specialist for Cincinnati Metro, Cincinnati’s public transit agency. In that capacity, she writes news releases, newsletters and columns, conducts background research, updates the website and social media, and organizes and hosts community events. She also produces behind-the-scenes videos as well as interview pieces with transit riders.

Norris was previously a reporter with the Baltimore Sun Media Group, covering community news for the Cantonsville Times and Arbutus Times in Baltimore’s southwest suburbs. Before that, she worked as a local news reporter for the Baltimore Jewish Times.

Norris received her master’s degree from Syracuse University’s Newhouse School in June 2013. While she was there, she worked as an instructional associate, or a TA, for the Introduction to Multimedia Storytelling class all freshmen and new students in Newhouse are required to take. She was in charge of teaching the technical part of the class, where students learned how to shoot and edit video.

“I turned down a job offer covering high school sports in New Jersey [right after graduating from Post] in order to go to Syracuse, and I’m really happy I did. I graduated from LIU confident in myself as a sports writer, but now I am comfortable reporting on anything,” she said.