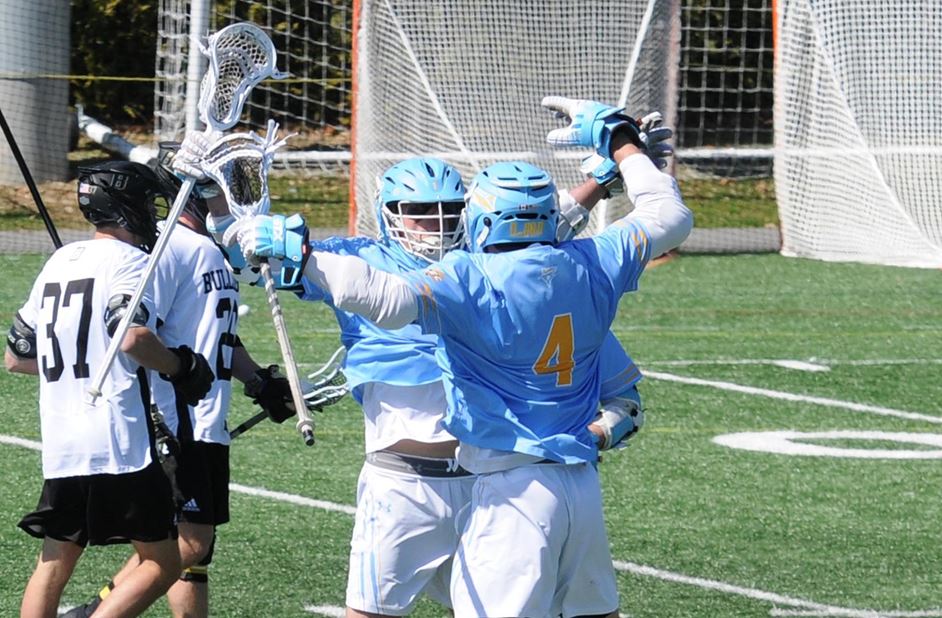 Winter sports have concluded here at LIU, and that means that spring sports are now getting in full swing as LIU’s lacrosse, baseball, softball, etc. programs are getting ready for their upcoming seasons. In particular, men’s lacrosse is gearing up for a competitive season, as they finished second in the first-ever Long Island Cup, falling to Stony Brook University 10-6.

Starting on the offensive side of the ball, LIU’s attack aims to be very potent again, as the same attackers for LIU will be coming back for this upcoming season.

Head Coach Eric Wolf gives an inside look on the team and some of the things that fans can expect for the upcoming season.

“Our attack has played for two straight years, Richie [LaCalandra] leading the way as NEC Offensive player of the year, Blake [Behlen] and Jake Gillis works really well off those two,” he said. “A lot of what we do runs off those guys. Think of Richie as a ball-dominant point guard, Jake as a spot-up shooter, and Blake, who can pretty much do anything. He’s a mixed bag of tricks.”

Although this team has the same attack coming back, the team that will look very different this year will be the midfield. When comparing this team to last year, Wolf claims there will be some younger guys stepping up at other positions.

“We were older on the offensive end last year. This time around, all of our experience outside of our attack is on our defense. We’re definitely a balanced defensive team,” he said. “We like to get out and up and push transition early on in offense. If we don’t have it, we’re more than happy to play long offensive sets.”

On the defensive side of the ball, LIU is led by junior goalie Will Mark, who won NEC defensive player of the year last season. Wolf had nothing but praises for Mark.

“Will Mark has been the bedrock of our program for the last two years,” he said “Our recipe last year revolved around him getting 15-20 saves a game and outscoring other teams.”

The junior goalie averaged 13 saves in net last season and looks to continue his dominance in the net this upcoming season for the Sharks. Another defender that coach Wolf has high hopes for is senior defenseman, Chris Campbell.

“We like to throw Chris Campbell on an island on defense. I think he is the best defender in the conference, and I wouldn’t be shy about saying that. He is phenomenal,” he said.

Campbell has started all nine of the games for the sharks so far this season and forced five turnovers from other teams this season.

As mentioned before, this upcoming team will be a younger team compared to the team last year. One of the players to look out for this season is sophomore midfielder Thomas Von Bargen. Coach Wolf commented that Von Bargen’s role will be expanded more this season, as he “played for us defensively last year a lot as a freshman, now he’s starting to play on the offensive side of the ball this year.”

The goal for Coach Wolf this season has never changed, as he said the goal is always to win the Northeast Conference (NEC) championship and compete for the national title.

“I don’t think we were quite ready three years ago. Last year, we felt like we were ready to compete for the conference championship, and with both the NEC offensive and defensive player of the year, we felt ready,” he said. “We ended up falling short, but the difference this year is that we have more depth.”

LIU as a team is coming into the upcoming conference season ranked fourth, behind the defending conference champions Bryant University, the team that knocked LIU out of the playoffs last year St. Joseph’s University, as well as Hobart College.

LIU is currently 3-1 in the NEC, and will face St. Joseph’s University on Saturday, April. 16 in their final home game on Senior Day