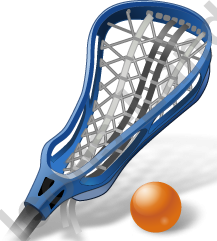 Sharks baseball team scored their first win of the season. Freshman Richie LaCalandra scored three goals and added four assists, and the Sharks defeated Quinnipiac University with a score of 13-9 for their first win on Saturday, March 7.

“I’m happy for our guys, they needed this win. They work really hard and have proven to be a resilient bunch,” Head Coach Eric Wolf said.

The Sharks took advantage early in the game on a man-up opportunity when junior Will Snelders scored in the first minute of the game. The Quinnipiac Bobcats responded with a goal and cut the score deficit to one goal after LaCalandra put the Sharks up by two, but that was the closest Quinnipiac came to catching the Sharks.

Senior Nick Grassa kicked off a three-goal run for the Sharks when he found the back of the net twice within 20 seconds into the second quarter. LaCalandra then scored twice before the end of the first quarter.

The Bobcats answered shortly after and got within three goals of the Sharks. However, Snelders scored once again and the Sharks regained a four-goal lead late in the second quarter.

Quinnipiac continued to pressure and scored once more in the first half, but the Sharks responded twice as Grassa capped a hat trick, and freshman Sean Boll scored with just under two minutes left in the half.

In the third quarter, Quinnipiac would be the first team to score, but Grassa responded with his fourth goal of the day. The Bobcats scored once more in the third quarter, but the Sharks were able to add to their lead as sophomore Jake Gillis and LaCalandra both scored in the final three minutes of the quarter to make the score 12-6 in favor of the Sharks.

In the fourth quarter, the Bobcats managed to score three more goals. However, freshman Will Mark made nine saves and together with a goal from sophomore Doug Chase, the Sharks sealed their first victory of the season.

LaCalandra led the way for the Sharks in this game with a season high of seven points. Grassa also showed skill with four goals and one assist. Snelders and Gillis both scored twice while Boll and Chase added one goal each.

On the defensive side of things, Mark earned his first collegiate victory in net, making 16 saves–three away from tying his career-high statistics.