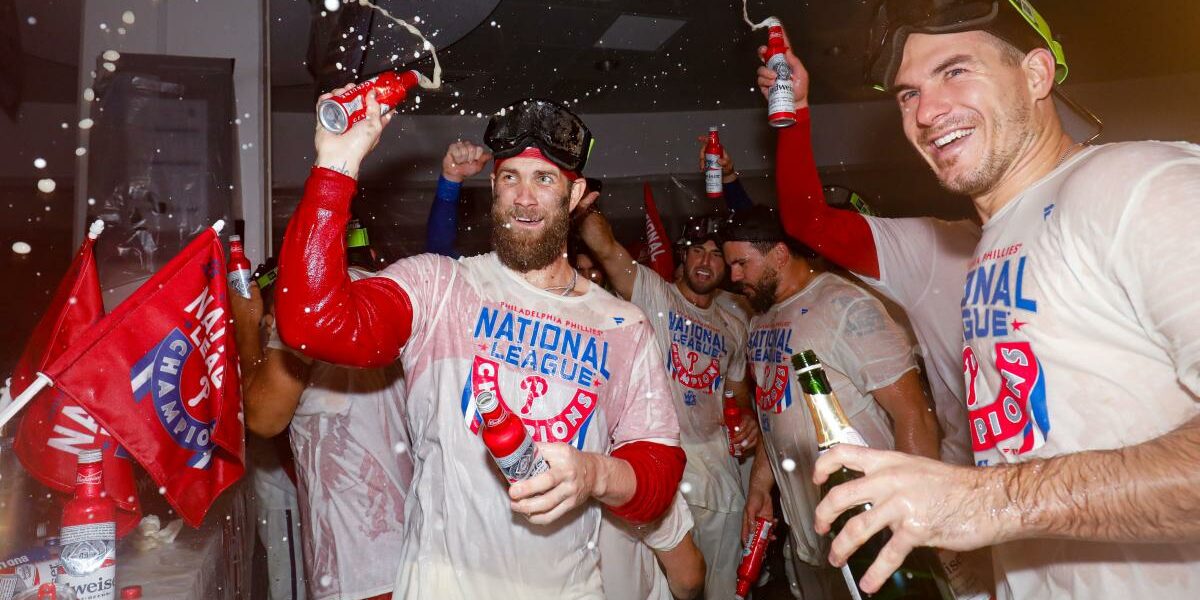 Many storylines were going into the MLB playoffs this year. The Dodgers were going into the playoffs with an incredible 111-win regular season. The Mets and Yankees returned as the NY baseball powerhouses. The Seattle Mariners broke the 21-year streak of no playoff appearances, and it was the last ride for the St. Louis Cardinals’ big three in Albert Pujols, Adam Wainwright and Yadier Molina.

For the Wild Card Round, The Mets came into the last week of the season as world series threats and locks for the NL East title, but that all changed in their final three-game series against Atlanta. The Mets had their best three pitchers for that series and could control their division title destiny and avoid the wildcard round as a two-seed in the National League (NL). However, this was not the case, and they had to host a three-game win-or-go-home series against a struggling San Diego Padres team. The Padres were hit hard this season with their star Fernando Tatis Jr being suspended for performance-enhancing drugs (PED’s). So going into the playoffs, all the Padres had was Manny Machado and newly acquired Juan Soto as major bats and a deep starting rotation and bullpen. This Wildcard series was the first of many upsets, with the Padres winning in Queens due to a pivotal game three performance by Padres’ starting pitcher Joe Musgrove. He put up 5 K’s and only one hit in his seven innings of work, which set up the 6-0 shutout victory.

The Padres had a bunch of people step up in this series, with Trent Grisham hitting homers in back-to-back games and Josh Bell adding a bunch of clutch hits.

The Mariners finally broke the 21-year playoff drought and were faced to play the Toronto Blue Jays. The Blue Jays hitting was evident throughout the series, with multiple home runs from Teoscar Hernandez in game two, but the underdog Mariners wouldn’t go down for the count, winning the first game in a 4-0 shutout, then sealing the deal with 10-9 victory in game two. The Mariners were down as much as six runs, but still prevailed. Seattle was guaranteed a home playoff game for the first time in over two decades.

The Philadelphia Phillies closed the book on the last ride for the St Louis Cardinals’ legends in a 2-1 series victory. The red birds took game one in demanding fashion with a 6-1 win on the backs of Mike Mikolas’ five strikeouts and Corey Dickerson’s three RBI’s. However, the power bats of the Phillies overwhelmed St.Louis in the next two games.

The youthful Cleveland Guardians swept the Tampa Bay Rays thanks to pitching performances by Shane Bieber and Triston Mckenzie. Beiber and Mckenzie both fanned eight batters in their starts. Game two was an outright pitching duel going 15 innings with a combined total of 39 strikeouts, the most ever in a postseason game, capitalized by a 15th-inning walk-off by Oscar Gonzales. The Guardians were able to complete the sweep and head to the division series.

The Division Series was filled with upsets and close games. The best team in the league, the 111-win L.A. Dodgers were upset by in-state foe San Diego Padres in four games due to big performances like Yu Darvish’s seven strikeout outing in game two, homerun from Trent Grisham in game three and an eight strikeouts performance from Joe Musgrove in game four.

The Yankees prevailed in a five-game series win over the Cleveland Guardians. The Bronx Bombers were down 2-1 in this series and had fans on the edge of their seats as they had to win two straight to stay alive in the playoffs. Harrison Bader was up for the challenge by hitting three home runs in the series and Gerrit Cole’s eight strikeouts in game four.

The Atlanta Braves were out-slugged by the Phillies in four games. Philadelphia bats were on fire, hitting nearly double (24) the amount of RBI’s that Atlanta hit (13).

“There was no answer for the Phillies’ offense. Every ball hit off the bat was either a home run or a base hit,” he said.

Bryce Harper showed up big time for Philadelphia with two homers and five RBI’s in the series.

The Houston Astros swept the Seattle Mariners. The Astros re-established their dominance over their AL West rival. The Astros came back down three runs with a walk-off homer by Yordan Alvarez in game one, setting the tone for the rest of the series.

The stage was set for the Yankees vs. Astros in the American League Championship Series (ALCS), but the outcome was disappointing for Yankees’ fans. Instead of a back-and-forth series, with a win-or-go-home game seven like in 2017, The Yankees were on the receiving end of a disappointing four-game sweep.

Freshman sports management major Daniel Frankenberry was upset with the lack of competitiveness displayed by the Yankees.

“We couldn’t hit with runners in scoring position. Our bullpen was hurt at the worst time possible, and Gerrit Cole gave up five runs. We got owned,” he said.

The Yankees were silenced by the Astros’ pitching by striking out 50 times throughout the series. Jeremy Pena won the ALCS MVP, which was well deserved due to his two home runs and four RBI performance during the series.

The long ball was prevalent in this seven-game National League Championship Series (NLCS) between the San Diego Padres and Philadelphia Phillies. These two wildcard teams had to take down the best of the best to get to this point, and the way they did that was by hitting a lot of home runs, with 16 home runs combined. The Phillies were able to get past San Diego in five games due to Bryce Harper’s two home runs and five RBI’s, Rhys Hoskins’ four home runs and seven RBI’s. Bryce Harper won the NLCS MVP for his efforts.

The Phillies and Astros will compete for the World Series title in a best-of-seven series starting on Friday, Oct. 28.