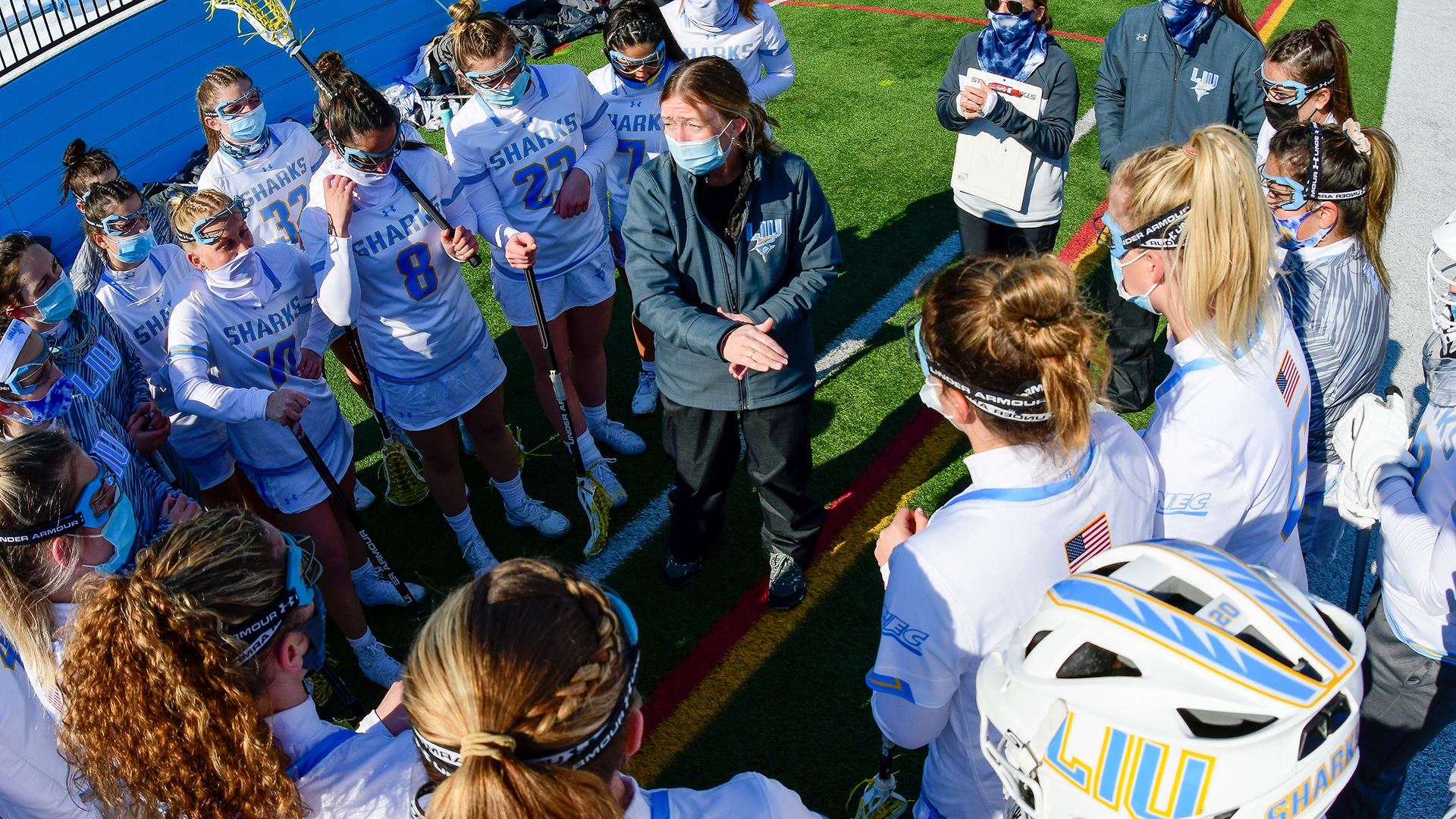 While the 2021 athletic season has been different for a number of reasons, the success that Coach Meghan McNamara has had coaching Women’s Lacrosse has remained the same. Coach McNamara reached her historic 200th win on March 13 with an 11-5 win over Central Connecticut State University. For McNamara, the magnitude of the win was a surprise.

“I had no idea that I hit this milestone, let alone close to it until the announcement came out. I was speechless and very humbled by this accomplishment when my assistant, Coach Courtney, let me know about it. I didn’t know how to feel, I was so overwhelmed. To have this game be my 200th was very special to me,” said McNamara. “After reflecting as it all settled in, I was heartfelt. There were lots of tears and laughs as I thought of each team, each player, each staff member, each fan, each parent,each family and all of our successes and journeys we had together to get to this accomplishment here at LIU. I am forever grateful.”

It’s not common to have a head coach with as much success as McNamara. Senior  midfielder Elise Person is grateful for her expertise.

“Coach Meg is one of the most knowledgeable coaches I’ve ever had. She understands every aspect of the game, and she helps break it down to us through film, drills and chalk talk sessions. Aside from her knowledge of the game, she is really a coach that you can go to with anything,” she said. “She has a different and unique relationship with every member of our team, and I think that’s something really special. Not all coaches take the time to get to know their players on a deeper level off the field, but Meg takes that time.”

Junior starting goalie Hailey Duchnowski credits McNamara’s past as a key reason for her success.

“Coming from the University of Maryland Coach McNamara has brought intensity, enthusiasm and always has a positive attitude towards every day helping each and every one of us achieve our goals as a team,” she said.

While the team and Coach McNamara celebrated her 200th win, McNamara has a specific goal that she would like to reach.

“We have many goals for the season. Ultimately, it is to Win the NEC. It is a journey to get there, and we have small goals as we approach each game and each week,” she said. “As we do this, our bond as a family will continue to grow, and that is truly important to us.”

The women’s lacrosse team currently has an overall record of 6-1, and sits third in the NEC with a 4-1 conference record.