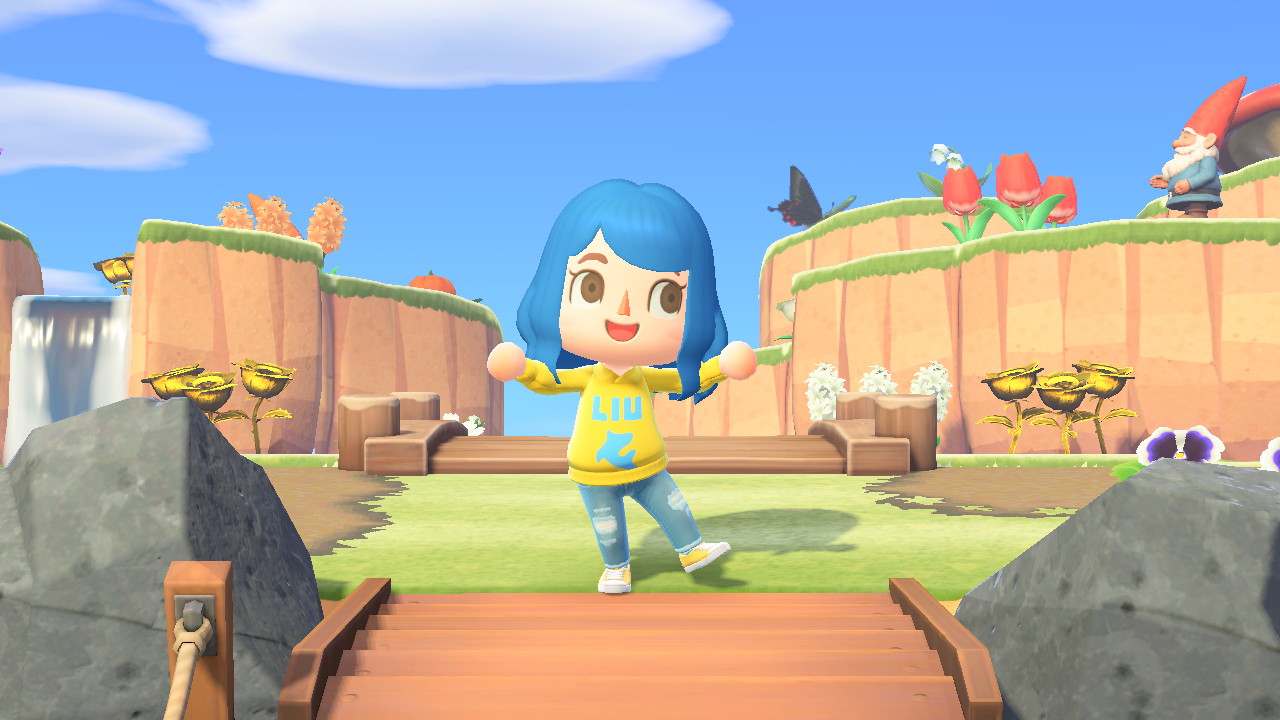 “Animal Crossing New Horizons”  released March 20, 2020, a mere eight days after the university announced it would remain closed the rest of the semester. When the world was falling apart, “Animal Crossing” gave a sense of comfort and a positive distraction for many students.

“Animal Crossing” is a time-waster for some, but a sense of routine for many others, especially during these unprecedented times. This virtual world is full of possibilities and its impact is prevalent even a year later.

Junior acting major Steele Whitney played “Animal Crossing” on his Nintendo DS back in the day. He was looking forward to the release of the new game but was debating buying it. Then quarantine hit and Whitney realized he’d have some extra time on his hands.

“‘Animal Crossing’ gave me a routine when life felt pretty routine-less. It was really calming and felt like a meditation almost,” Whitney said. “I think ‘Animal Crossing’ means so much to people because of the freedom it offers. You can do whatever you want and there is no way to do it right. It’s whatever journey you want to take.”

Junior musical theatre major Sophia Quinones started playing New Horizons fairly recently and found it to be a nice distraction from the hectic nature of the real world.

“I actually started to play New Horizons this past December when I got a Nintendo Switch. It was in the middle of preparing for my finals so I was pretty stressed and the game helped to remind me to take a break every once in a while,” she said.

“New Horizons is a customizable escape into a loving, adorable community, and it certainly helped me stay sane throughout quarantine. When New Horizons came out, I was back home in Las Vegas navigating my first couple weeks of an unexpected online class. The time difference between Nevada and New York is three hours, so I had to log on to my 8 a.m. classes at 5 a.m. This schedule shift was really hard to adjust to and I ended up living nocturnally. When I was awake, the rest of my family was asleep, so I spent hours upon hours on ‘Animal Crossing’ to pass the time. Having a project for these long nights helped me adjust and feel productive during one of the strangest times of my life,” Citizen said.

Citizen believes that the game reached widespread popularity because of the amount of customization it offers the player.

“I think ‘Animal Crossing’ means so much to people because it gives the player a lot of control and the opportunity to express individuality and creativity. The game design is very cute, the music is peaceful, and is full to the brim with little jokes and puns to make you smile.”

“Animal Crossing New Horizons” is available for Nintendo Switch for $60.