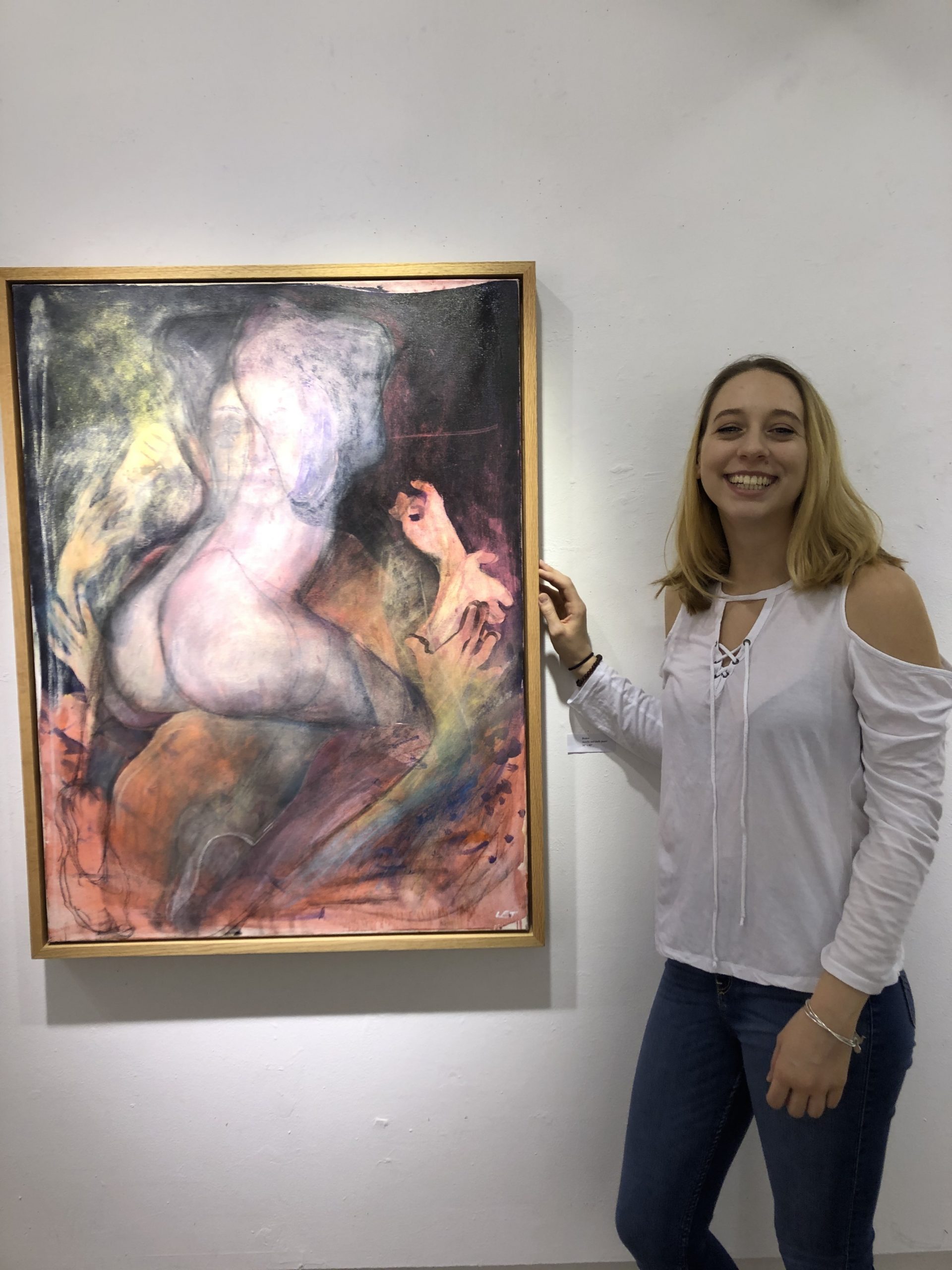 The sculpture gallery hosted the art of Lucia Terry, a senior art therapy major, at a reception on Wednesday, Feb.12. The walls were decorated in colorful works of art by the artist as part of an exhibition called “State of Mind.”

The exhibit showcased paintings and pottery of different mediums, and colors that depicted Terry’s emotions. “My inspiration is my internal emotional state, all of these pieces are things I’ve done to express something that I was going through at a certain time in my life,” she said.

Instead of having bias towards a particular piece, Terry said the entire exhibition could be considered her favorite. “For me it’s the whole thing put together. I’m so proud of seeing all of my stuff together, it’s a really good feeling,” she said.

However, visitors of the exhibition had different answers as to what their favorite pieces were. Alum Matthew Anthony (‘19) who majored in the fine arts program, attended the event to support his friend in her first showcase. His favorite piece was Terry’s work entitled “Inner Light,” a painting depicting a woman with colorful, swirling hair who appears to be holding light in her hands.

Anthony praised Terry’s work. “I always knew she did big projects, but this is nuts,” he said.

Other observers wandered the room gazing at the canvases in front of them. Another friend of Terry’s, Stephanie Hilaire, made a special trip to see the artist and her work.

“It’s beautiful work, she put a lot of hard work into it and it shows,” Hilaire said.

As someone who is a friend to Terry, Hilaire mentioned that she recognized progress in some of the pieces, “So it’s great to see the final works and to see all of it put together,” Hilaire said.

Though the works in the exhibition seemed fun and vibrant to some observers, Terry explained that showcasing her collection was a lot of work, with some of the pieces being around 5 years old.

Despite having worked with this collection for so long, this was Terry’s first time showing “State of Mind” to the public.

“It’s exciting, because it feels like people really get to see me and what I’ve been pulling my hair out and sweating over all my life,” she said.

Although it was her first public appearance, Terry has been an artist since a young age.

“Ever since I was a little kid, I was obsessed with art. I would try to draw lines for hours and get really upset if it didn’t work out. But it was something that interested me and kept grabbing me and bringing me back,” Terry said.

“There is always something new to get interested in. For me, it’s about a new experience,” she said.