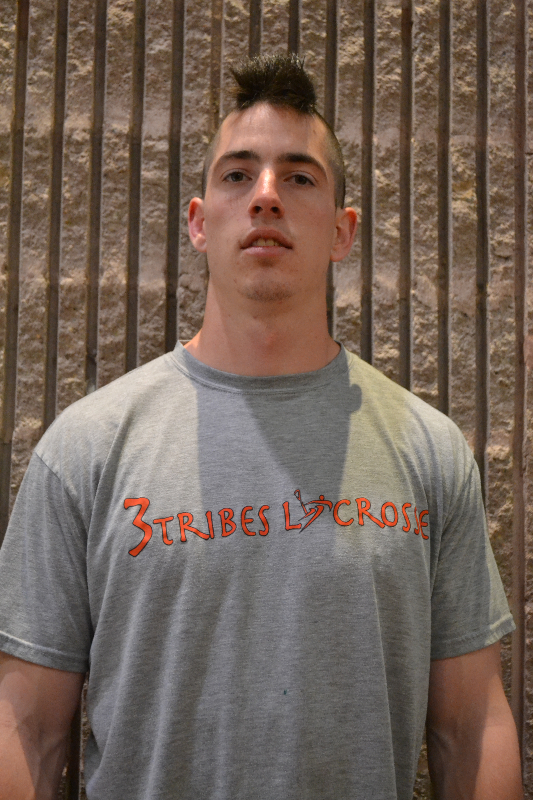 Athlete of the Week: Steve Gruse

Steve Gruse is a senior Physical and Health Education major hailing from New Fairfield, Connecticut. Gruse is one of the key defenders for the men’s lacrosse team and has helped LIU Post jump to No. five overall in the Division II rankings.

Q: As a senior, how do your leadership skills pay off on the field?
A: I think it has a lot to do with experience, being through the program for the past four years and passing on that experience I’ve had to the younger guys.

Q: What would you say is the strongest part of your game?
A: I think my leadership and communication. My job on the crease is to direct the defense and tell everybody what’s going on, so I have to be a really good communicator.

Q: How has your team bonded and developed good chemistry?
A: It’s been great. We got a really talented group of young guys coming in. We have a lot of transfers and everybody has meshed together very well.

Q: How did last week’s victory over New York Institute of Technology boost your confidence moving forward?
A: It’s huge, not only because they’re a really good team, but also because they’re ranked higher than us. That’s our biggest rival, so any time we could get a win against them it’s huge.

Q: How do you feel your performance in the East Coast Conference tournament can potentially propel you guys to another run towards a National Championship?
A: We don’t know what the seeding’s are yet, but hopefully we’ll have a home game. We’re just looking to go into it like we did last year and come out by winning our last two games, then the conference championship and go on to the national playoffs from there.

Q: What brought you to LIU Post?
A: Academics was a part of what brought me here because of the Physical Education program, but the main pull was the lacrosse team and I wanted to go somewhere I was going to have a chance to win a national title. We’ve had a history of winning here, so I’m just hoping to get that ring before my time is done.

Q: What do you think is needed to win a national championship?
A: I think we just got to keep working hard, staying committed, have everybody keep showing up and doing their job by owning their role. As long as we do that, we all come together as a team and we have the talent to get it done. If we continue our hard work, we should be fine.

Q: As a defender, do you use your position as an advantage to see everything on the field?
A: I like being down there and being able to dictate what the other team has to do based on how we play them on defense. We’re just aggressive and go after our opponents.

Q: Have you always been a defenseman?
A: I’ve always played defense. I started playing lacrosse in third grade and never played anything else.

Q: If you were to play another position, what would it be?
A: I definitely wouldn’t be a goalie; those guys are crazy. I’m not standing in there and facing those shots. I’d probably be an attacker because you get to score the goals and it’s not as much running as midfield.

Q: Which athlete do you most admire?
A: My favorite athlete is Tom Zbikowski. Most people don’t know him, but he’s a safety in the NFL and he’s the definition of tough. He’s a hard- hitting safety and was a professional boxer; he’s just a tough guy.

Q: What is your plan after graduating from Post?
A: I plan on going through graduate school and I’m trying to get a graduate assistant job and start coaching. My goal is to coach lacrosse at the college level.