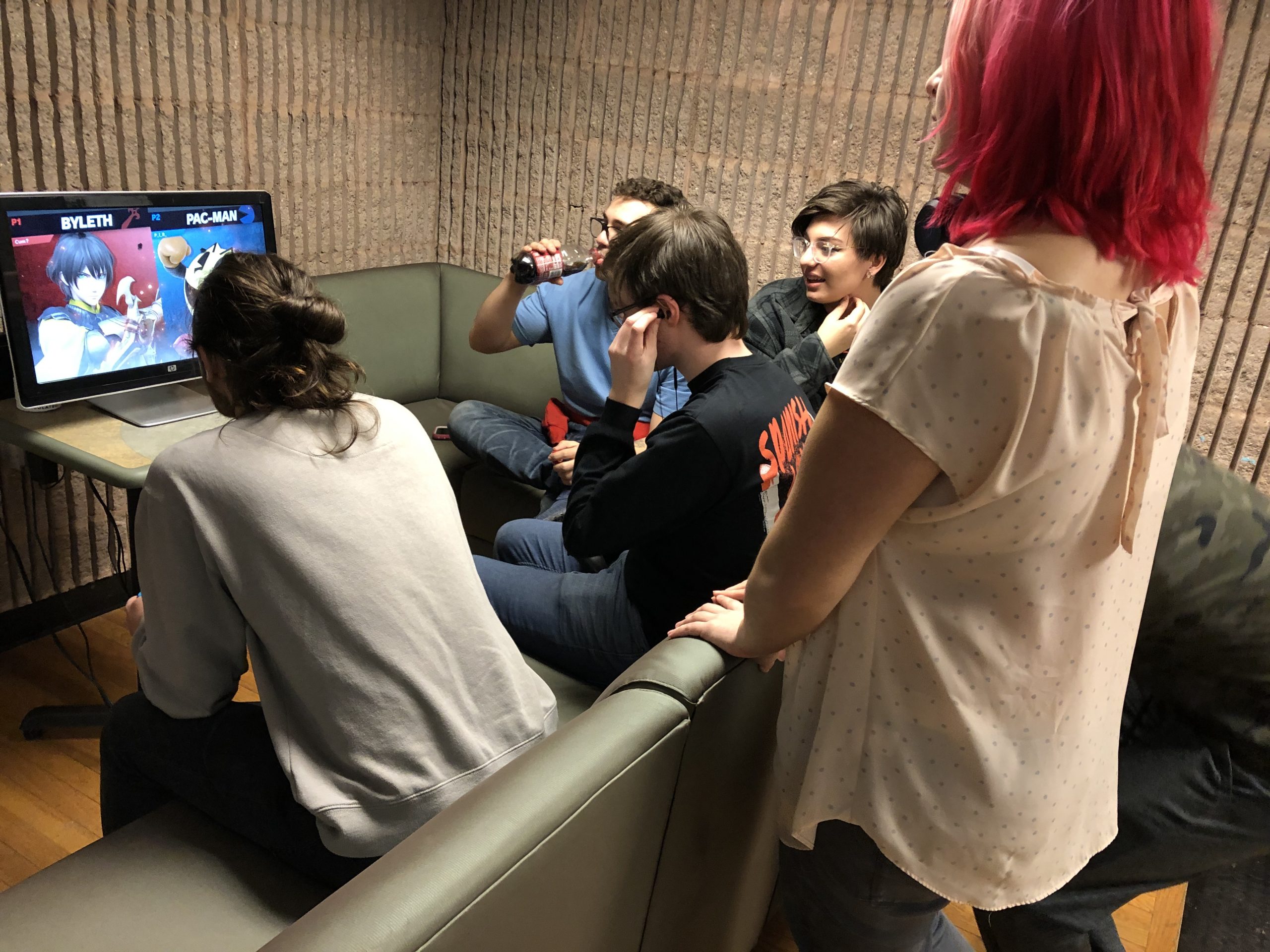 The Esports Club and The Rainbow Alliance teamed up to host a game night on Thursday, Feb. 27. “We have board games, Mario Party, food and more,” Nicole Ludwig, junior psychology major, said. “The main event we have here tonight is the Mario Smash Tournament that a lot of us are competing in for prizes.”

There were flyers for the event posted in Hillwood Commons and residence halls. The event was open to everyone to either sign up in advance or come in 30 minutes before the start of the event. The first place winner of the tournament won a pair of headphones, second place won a mechanical keyboard, and third place won a portable speaker.

The event raised money for charity and the club’s budget, though club members hoped to provide a positive environment for students as well. “We are also trying to have different kinds of social events. Part of the club isn’t LGTBQ+ oriented, but it’s creating that safe space where people can hang out together,” Ludwig said.

Later in the semester, students can expect a Rainbow Formal event at Molloy College. This is another project the Rainbow Alliance hopes to save up for.

“It’s a non-profit event and all of the funds go to the charity Pride for Youth,” Nicholas Frank, junior game design major and president of the Rainbow Alliance, said. “The Esports Club is doing a live stream online for 24 hours. They’re raising money the entire time for Extra Life.” Students can check out the club’s Instagram @LIUPostRainbowAlliance for more information on future events. Ludwig invites any student interested in joining the club to stop by a meeting on Thursday at 12:30 p.m. in Hillwood.

“We are a safe space to the LGTBQ+ community and their allies. We welcome anyone and everyone,” Ludwig said.

The Esports Club is also looking for new members. Those interested can contact John McDermott at john.mcdermott@liu.edu.