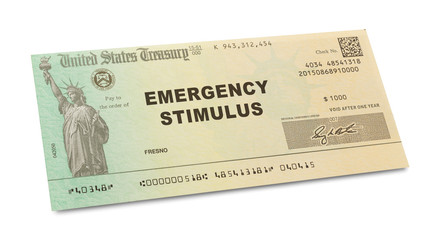 President Donald J. Trump signed a $2 trillion deal to send direct payments to individuals and businesses while the economy is at a standstill due to COVID-19. College students between the ages of 17 to 24, claimed by their parents or claiming themselves, were ineligible to benefit from the president’s care package.

With stay-at-home orders in place, a large number of jobs suitable for college students like retail, food service and fitness, belong to industries largely affected by the virus. Some have lost their jobs or were furloughed for the time being.

Students who participated in work study programs have lost a source of income as well. Though the university decided to keep resident halls open, the rest of campus is closed and some students returned home.

William Jahn, freshman acting major, drove from Tennessee to New York, packed his entire dorm, and immediately drove back to Tennessee, all within a 48-hour time span. He was really looking forward to receiving a check

“I also lost my entire income. It’s hard to make money, especially at this time, and the stimulus package would really help,” he said. “I was expecting one and was extremely upset when I saw most college students don’t qualify.”

According to Forbes, “The package is the biggest economic rescue package in modern American history.” But even if a college student’s parents do not claim them as a dependent, they are still not eligible for a stimulus payment.

Stimulus checks are payments sent to eligible American citizens who are claimed as an independent on their own tax return, or as a dependent on someone else’s tax return. Americans began receiving one-time payments from the Internal Revenue Service in the middle of April.

People who make $75,000 or less per tax year are eligible for a $1,200 check with an additional $500 for each qualifying dependent. Many people from the ages 17 to 24 do not qualify for a stimulus payment. If the student does not live in the home for more than half the year they do qualify, but temporary absences for education count as though the student is still living in the home, according to Forbes.

A junior student who worked two jobs on campus and preferred to remain anonymous, worked over 30 hours a week without the school knowing. They said: “I have to pay for basically everything all on my own. My two jobs were my only source of income and now I have nothing. My parents filed me as dependent and now I don’t get any money. That money would have helped make up the payment for my tuition. I am so unbelievably upset by this. My friends, and I’m sure hundreds of other college students, don’t feel seen whatsoever by the government and President Trump.”