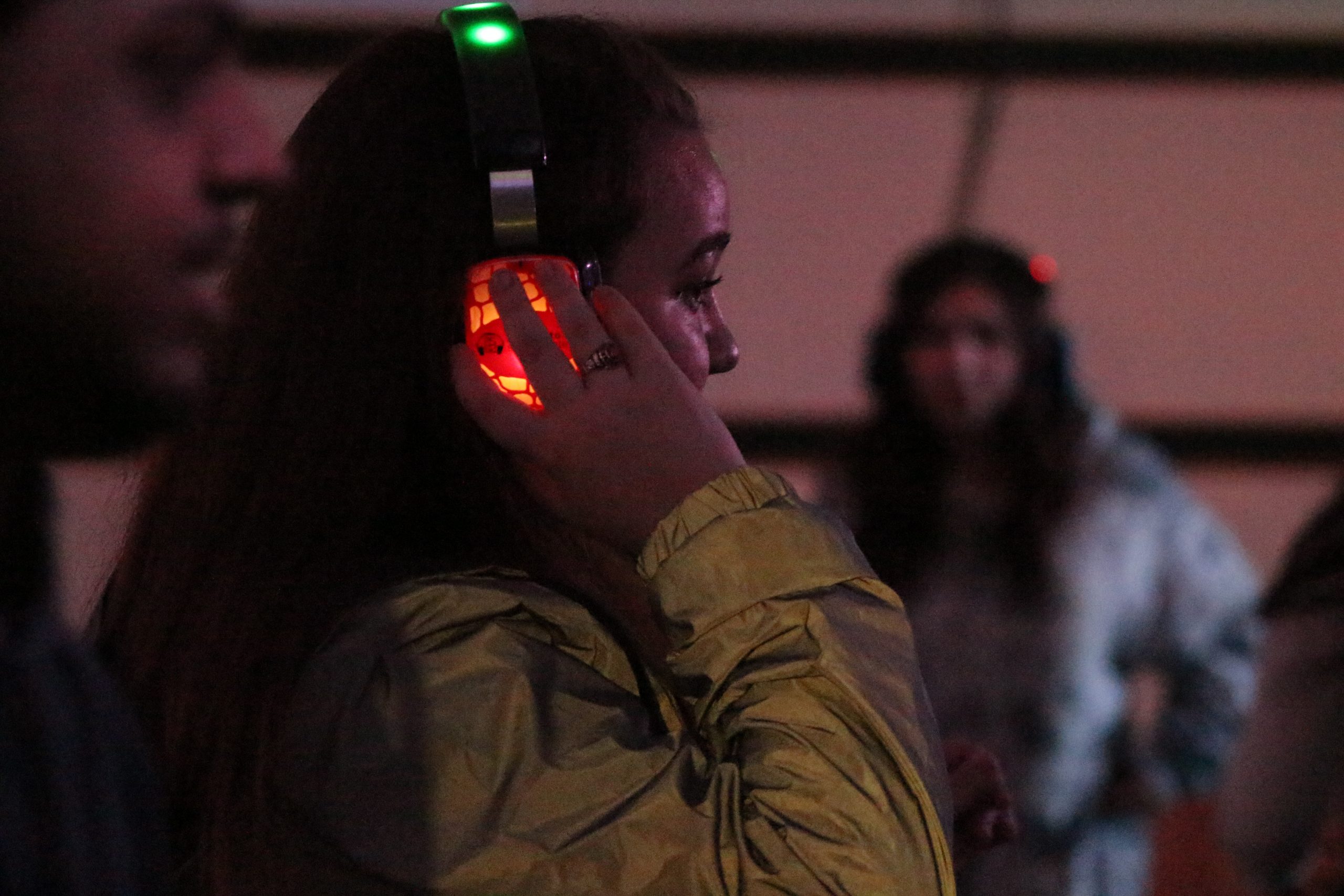 Theta Chi hosted a Silent Disco on March 5 to fundraise for the United Service Organization. At the event, participants danced to various music playing through their individual headphones.

The United Service Organizations Inc. is an American nonprofit-charitable corporation that provides live entertainment including comedians, actors and musicians and more to members of the United States Armed Forces and their families. “This is our third year doing this…our success rate really varies year to year. Last year was pretty successful, we had a bit of a rocky go with it because we were supposed to have it on the patio on top of Hillwood and it was raining that day, so it was really hectic too,” Dylan Radcliffe, a sophomore marketing major and member of Theta Chi, said.

The fraternity also accepted donations from those who wanted to show support, but weren’t able to attend the event.

“Overall it’s been pretty satisfactory and the ticket sales are pretty nice, especially when people come around, even if they can’t come, they still like to donate and get involved and it’s pretty good,” Radcliffe said. Logan Kelley, a sophomore musical theatre major, came to the event to support her boyfriend and the cause. She also enjoyed the social atmosphere of the event.

“[The night] has been pretty good, lots of fun. I’ve gotten to meet someone who I probably would’ve never met before if I hadn’t come to the event,” Kelley said.

Some of the silent disco’s attendees had similar experiences to Kelley’s. Lauren Medina, a graduate student studying cyber analytics and criminal justice, said, “The best part of why I’m here is so I can see people who I haven’t seen in a very long time.”

Medina was pleasantly surprised to see the event’s generous turnout. “It’s so cool how many people are actually coming through for the event, especially right before spring break. We were expecting everyone to be home, but they decided to stay to be here. That’s so dope,” Medina said.