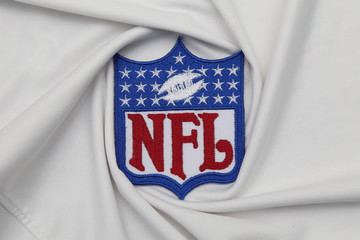 Despite Pandemic, No Delay for NFL Draft Despite rising concerns about COVID-19 and its effect on everyday life, the National Football League (NFL) Commissioner Roger Goodell announced that the league has no plans to postpone the 2020 NFL draft which will take place on its originally scheduled date, April 23-25.

For the first time in NFL history, the draft was supposed to take place in Las Vegas, with some festivities scheduled to take place in the famous Bellagio Fountains. However, with the spread of COVID-19 throwing everything off its normal course, the venue will be closed, and the NFL will need to explore new options.

“This decision reflects our foremost priority – the health and safety of all fans and citizens,” said Goodell, according to a statement released by the NFL.

“While this outcome is disappointing both to the NFL and to the Las Vegas community, we look forward to partnering with the Raiders, the City of Las Vegas and the Las Vegas Convention and Visitors Authority for a future NFL Draft as well as evaluating opportunities for other major NFL events in Las Vegas in the future, including the Super Bowl.”

Goodell, who was adamant about having the draft on its scheduled date, said that although the draft will be held without fans, it will still be televised. The most likely option, according to sources for the Los Angeles Times, is that the draft will occur inside of a television studio, with cut-ins to each team’s specific headquarters as they make their selection. Goodell is supposed to reevaluate the situation by April 8.

In recent years, the draft has become more and more of a spectacle, garnering close to a record 600,000 fans in live attendance for the 2019 draft in Nashville. Las Vegas Raiders owner Mark Davis was expecting close to 750,000 fans for the 2020 draft.

Instead, a studio setting will have to do, as hundreds of players will achieve the next step in their careers through a screen rather than in person.