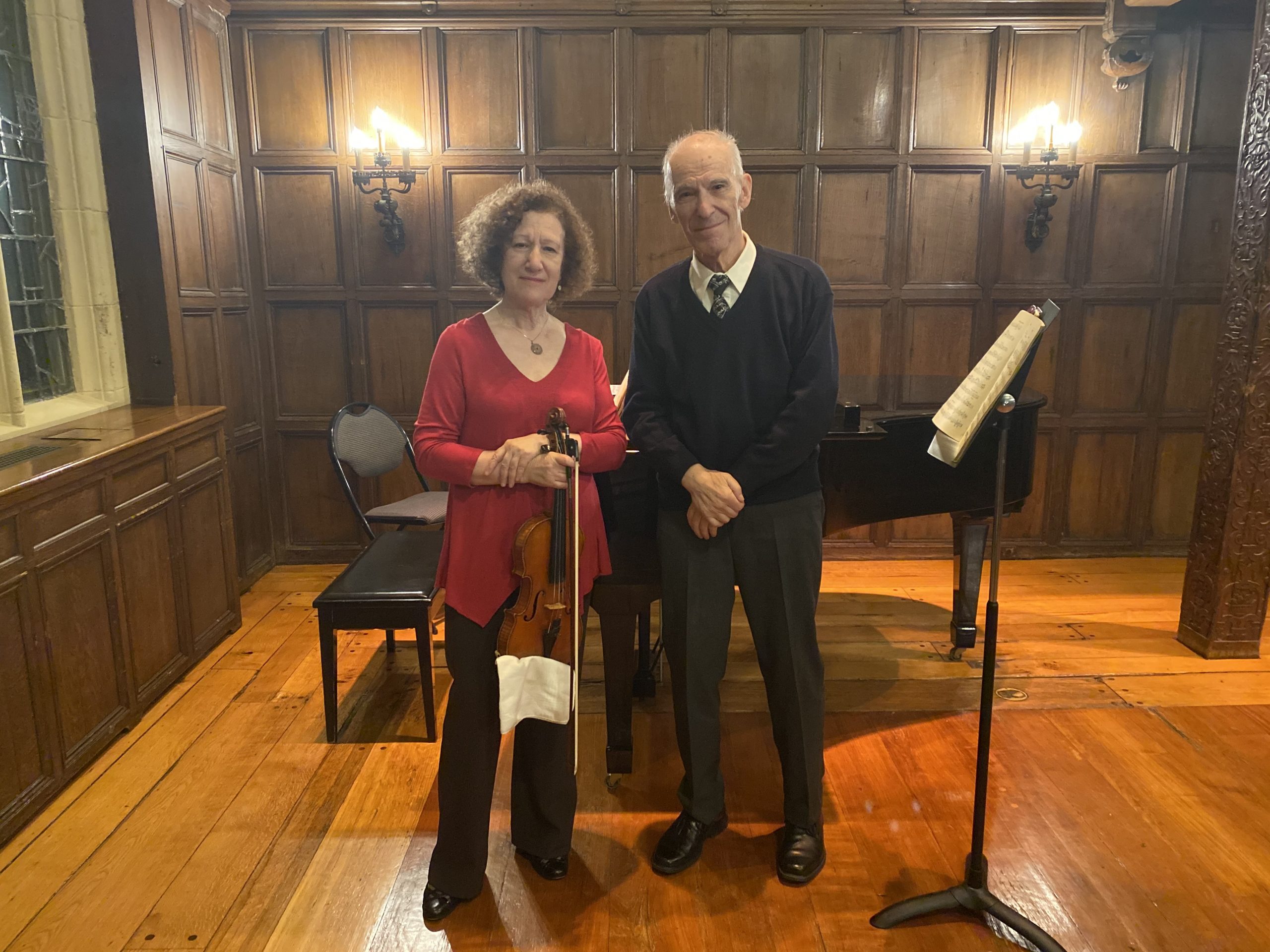 Students who enjoy listening to classical music were in for a treat on Tuesday, March 3. Siblings Eugene and Tatiana Feigin are a musical duo who have been performing side-by-side since the age of seven. This is the first time they have performed on campus since 2018, though they have performed in the Great Hall numerous times in the past.

As the Feigin siblings got ready for their evening performance, Eugene remarked on how the performance was extra special this time. The pair of siblings played two pieces. With Eugene on piano and Tatiana on violin, they performed Beethoven’s Violin Sonata No.5 in F major, “Opus 24,” the Sonata published in 1801 is also often known as ‘Spring Sonata.’ The second piece was what the siblings say makes this specific performance special. The duo played “Sonata No. 2” by the English composer Fredrick Delius.

“The first piece we’ve actually recorded. We have it on CD. We have played it many times,” Mr. Feigin said. “We played it in Europe, we played it here. But this second piece is almost never played.”

“Delius was very famous once, in England and Germany especially. There are hundreds of composers that just disappear. I don’t know why because it’s very beautiful music.” Eugene said.

Fredrick Theodore Albert Delius composed “Sonata No. 2” and several other pieces, and he was known as one of the most renowned individuals in the revival of English music at the end of the 19th century.

The admiration that the Feigin have for the pieces as well as their composers came through in their passionate performance. Those who attended got the opportunity to share their appreciation for the music.