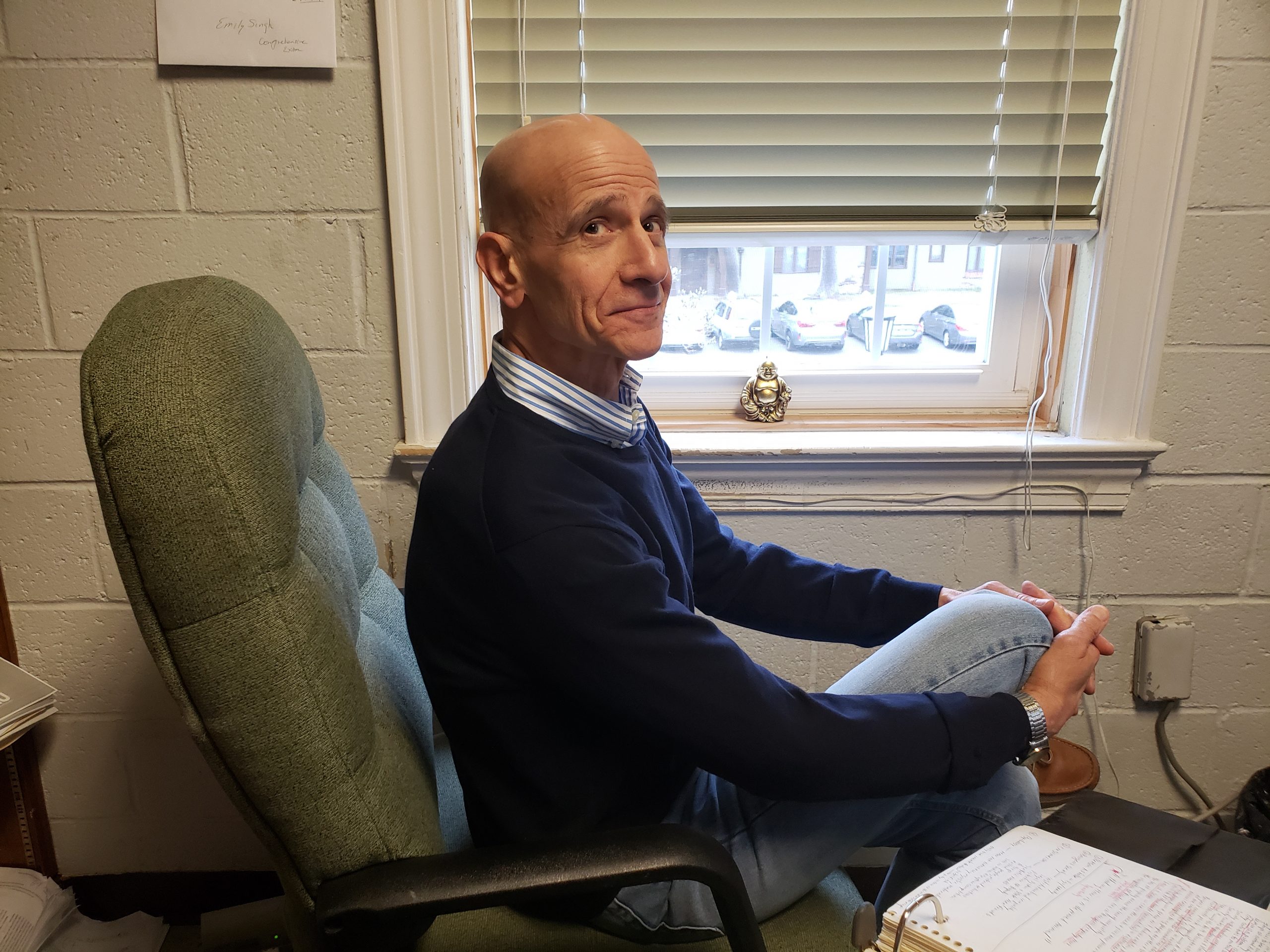 Degrees in sociology, history, philosophy and several other undergraduate and graduate programs within the College of Liberal Arts and Sciences have been “frozen” as of Friday Jan. 24,
according to faculty email exchanges. This means that these programs cannot accept new majoring students, but will remain registered with the state of New York so as to possibly “unfreeze” in the future, Dr. Heather Parrott, chair of the social sciences department, said.

Undergraduate degrees cut in recent years include the bachelor of science in geology, geography, and earth sciences, as well as the bachelor of arts in art history and Spanish.

“The reason why majors are being closed down in the arts and sciences, and graduate programs are being completely phased out is because of enrollment,” Dr. Michael Soupios, professor of political science, said.

“One of the contributors to the growth in new enrollment has been the recent addition of successful new academic programs, including nursing, vet tech, and data analytics,” Ed Weis, vice president of academic affairs, said.

Jake Gutowitz (‘19) graduated with a bachelor’s degree in history. “The liberal arts education LIU is supposed to promote is supposed to create well-rounded, culturally aware human beings who are not only talented professionals, but who have a better understanding of their world, their place in it, and how to make it better for future generations,” he said. “There is value in every program and every class at LIU. To cut any of them is doing a disservice to its students.”

Due to declining enrollment patterns in the frozen liberal arts and science programs, some of the cuts would be reasonably justified, according to Soupios.

“Administrators say the goal is to have at least 30 incoming freshmen for each major. Programs with under 10 were cut in the most recent round of cuts and freezes,” Parrott said.

“Us losing numbers is not actually a full explanation of why they would cut our major,” Molly Tambor, associate professor of history, said. “We were told we had something like 36 students from the incoming class say that they were prospective history majors; that’s a lot.” In the fall 2019 semester, freshman enrollment increased by 29.6 percent.

Lower enrollment and cuts to faculty personnel result in smaller class sizes, which in turn can make it difficult for students to find enough courses available in their program that enable them to graduate. When less than 10 students enroll in a course, administrative staff can cancel it.

“The classroom experience is at its best when faculty engage their students in challenging and interesting peer discussions. Classes with fewer than 15-20 students do not allow for this desired level of engagement,” Weis said. “Academic programs with only a handful of majors can result in these students taking their upper level courses as independent studies.”

Erica Ferrara (‘19) graduated with a bachelor’s degree in geology. During her experience on campus, she regularly got required courses waived and filled credits with independent study courses because the classes she needed to finish her degree were not available.

“The majority of my degree was filled through electives that professors had to do with only two of us,” she said. When she enrolled as a freshman, the geology major had five to seven students. By her third year, there were two left including herself.

“It was advertised as ‘top of the line, that everything in terms of a geology degree was provided for you; there was a lot of faculty and classes,’” Ferrara said about the now nonexistent geology program. “Obviously, when I got there, there were two faculty members, and there were half the classes, and they were struggling to fill and run classes. Classes that were on the plan of study that we received were not offered.”

“My classes are actually overflowing full, but I think that’s partially because we’re not able to offer as many classes that students need. And we can’t give them that much variety, so they’re packed into the classes that we can offer,” Tambor said.

Soupios has known students in the political science program to transfer to other schools offering more courses in their desired program. “A lot of students are very angry, disillusioned. Many of these students were in my class, and they stopped in on my office to say goodbye on the way out,” he said.

Weis offered assurance to students in the affected programs that they’ll be able to complete their degrees on time. “The programs that were recently frozen had very low to zero new enrollment, but they may become viable with curriculum changes. For the students currently enrolled in these programs, the university will continue to offer the necessary courses for students to be able to graduate on time,” he said.

On the contrary, Gutowitz advised these students to follow the same plan of action as those who transferred. “If your program is being cut, leave. Any administrator who says that you’ll be able to finish is absolutely misleading you. Sure, they’ll technically allow you to stay at the university, but if no new students are joining your program and older students are graduating, it won’t be long before there aren’t enough students to run your required courses,” he said.

Some faculty members believe that the administration’s shifted focus from liberal arts and sciences to vocational programs is due to a differing perspective on the value of a broader style of education.

“I think that they’re just cutting everywhere they can, and they think that they can cut in liberal arts and sciences because they are programs that are not clearly pre-professional,” Tambor said. Students with liberal arts and sciences degrees tend to have a broader range of skills that makes them more adaptable in the workforce, according to Tambor.

In a meeting on Monday, Feb. 10, Tambor discussed the future of the history program with Weis and Randy Burd, senior vice president of academic affairs. “We are proposing adaptations and innovations that can save students, and the administration does seem open to that,” Tambor said. She hopes to show students how a history degree can lead to jobs broader than education, including business management, journalism and media fields.

Michael Garafalo (‘16) majored in history and minored in political science during his undergraduate years on campus. He was shocked to learn that programs including these were facing cuts.

“I was heartbroken and also just baffled. I really don’t understand how not just the history programs, but all of the programs that I saw… I don’t know how a college goes on without all those programs,” he said.

A common subject broached by alumni of these programs was concern for the faculty members who have shown commitment to their programs and their students. Ferrara reflected fondly of her former professors of geology, Dr. Lillian Hess-Tanguay and Dr. Victor DiVenere.

“I feel like we were not taking care of our incredible faculty, left without a space to grow academically and professionally. The faculty are really suffering as much as the students are,” Ferrara said.

An ample amount of courses for professors to teach their subjects isn’t an unreasonable expectation, according to Soupios. “The institution, it seems to me, has some obligation to see to it that there’s workload available to its faculty,” Soupios said. “You’re talking about some of the faculty in the arts and sciences. This is the senior faculty; these people have invested their entire lives here.”

Garafalo’s experience with his professors at Post was engaging, and he was saddened to know that many are not given the respect they deserve. “It just doesn’t seem right. It doesn’t seem to add up. It’s really unfortunate,” he said.

“People are still being fired here, too,” Soupios said in regard to the increasing faculty cuts that began in spring 2018. “Students come here with an expectation of receiving certain services, and there’s not enough staffing to extend the service.”

After losing three full-time, tenured history faculty members, only three remain, and the university has not allowed them to rehire, according to Tambor.

“For now, we’re doing the best we can, and we’re still teaching and advising them to the best of our abilities and launching them into the world, but I don’t know what this is going to look like at the end of the academic year,” Tambor said.

As for students currently enrolled in the affected programs, Ferrara considered her own experiences and offered advice for students facing similar complications.

“People ultimately make the best out of their degree, but it will hurt you in the end to stay,” she said. “Transferring to a better university that will accommodate and will really create a well-rounded and thorough education is better than staying for the invested credits that won’t end up meaning anything.”